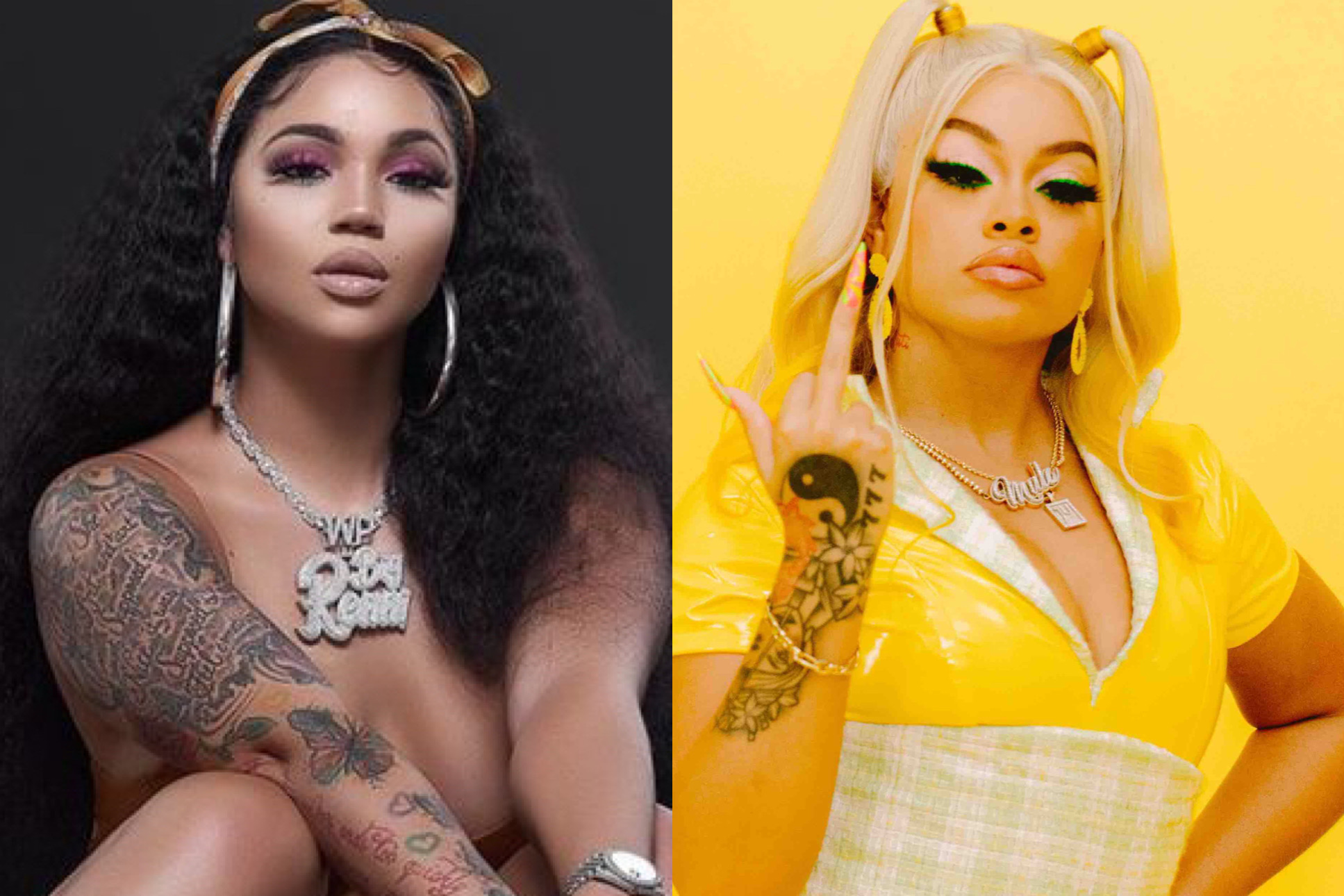 Apparently the girls are fighting, but… do we really care when it’s happening before either has really finished establishing themselves just yet?

The Junebug Challenge has taken over the world with celebrities like Kevin Hart and Saweetie delivering their own renditions of the TikTok trend. However, the song has also formed a life of its own, propelling SpottemGottem into the limelight. The hit record’s received a few remixes to date. DaBaby hopped on the remix, Pooh Shiesty appeared on the sequel, and Mulatto recently put her spin on the record which many felt she took aim at a few female rappers, including Renni Rucci.

While many fans have enjoyed the rising artist’s latest freestyle and chalked her-post rap commentary as simply being cocky on wax as many are in hip hop, other fans are claiming that Mulatto was shading fellow female artist Renni Rucci. After she rapped, “I’m the biggest,” Mulatto proclaims before closing out the song, saying, “and ain’t nothing big about y’all h*es! So if the b*tch name ain’t Latto, don’t put ‘Big’ in front of it. Straight up.”

One fan posted their theory on the situation, and it made its way to Renni Rucci, who simply commented, “y’all gone have to wait for @mulatto to answer that.” Not quick to jump into a beef without any direct shots thrown her way, the “Can’t Be” rapper continued her comment saying, “if it ain’t directed it ain’t respected. lil mama popping it tho.”

Rucci then fell for the hype and fired back with her own remix of the record. It’s a short offering that runs a little under 2 minutes but Renni took it to the booth where she declared herself “THE BIGGEST,” while referring to Mulatto by her government name Alyssa just in case anyone had questions who who she was referring to. “You talk shit on the sleep but bitch we all know who the biggest is/ I been countin’ Benjamins, look like I hit the lotto/ Bitch, you know just what the business is, I really hit the Latto,” she raps.

This was also follwed by other up and coming females such as Jenna Ske and Dreezy also responding to the “big” line. Here’s my thing, while Mulatto is definitely one of the more notable name is female rap who are up and coming and building a name for themselves, I really struggle to see why anyone would be interested in a beef between these two and why they’d feel that now is the time to focus on that. Furthermore, if the girls are fighting over putting “big,” in front of their name, I need them to either get over it or find more something more creative because it’s certainly nothing new. Alexa, play ‘Big Momma Thing’ by Lil Kim followed by Foxy Brown’s ‘Big Bad Mama.’

Take a listen to the disses below. Thoughts?