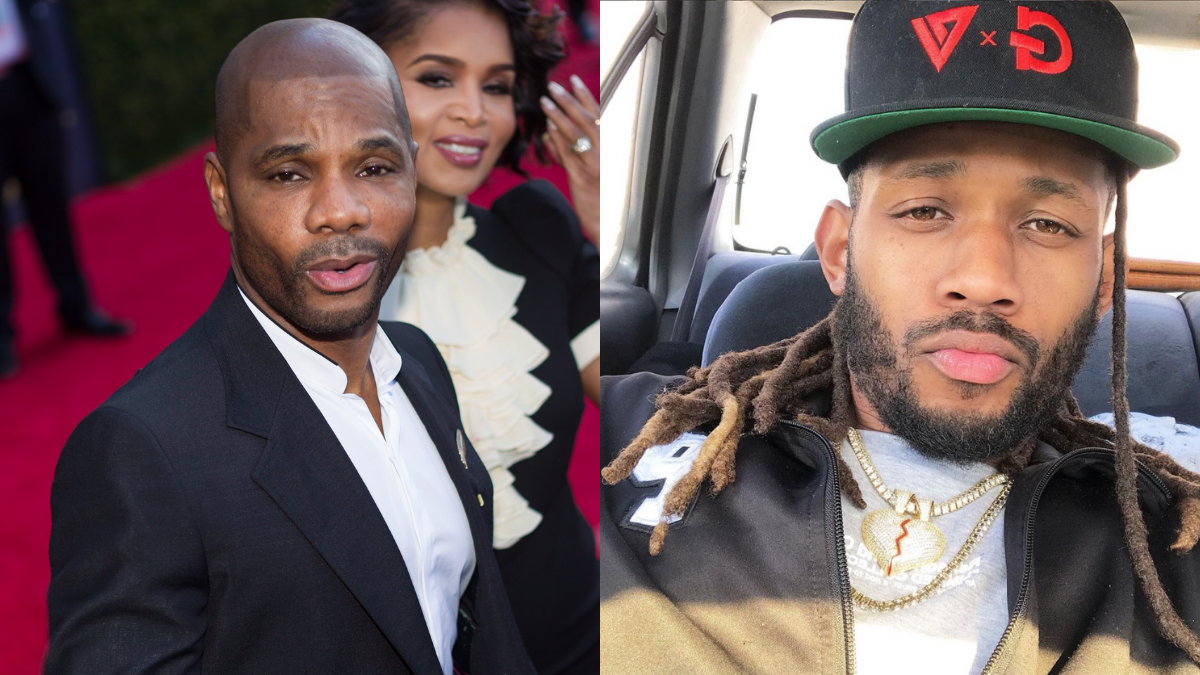 I totally get that Kirk Franklin is meant to be this strong man of God, but can we really act like these kids don’t need to be cursed the hell out sometimes? GP, are you with me?

It’s a holy mess on this good Sunday after yesterday, Kirk Franklin’s son Kerrion Franklin released audio on his Instagram which allegedly revealed threatening words said to him by his father. The 32-year-old uploaded the audio to social media, explaining in the caption how these heated exchanges were not a thing of the past.

“This is why I’m done. No father should speak to their children like this. If I have any issues it’s because of this type of treatment that I deal with behind closed doors,” he penned under the post. He continued, “Hanging up in my face, No apology, no compassion, no effort. Stop telling me to go home to my family I don’t even know where they live. I don’t think I’ll ever trust my father to be alone around him ever again. I didn’t want to do this.”

He finished, “I probably won’t release the entire recording because it’s too embarrassing that I’m even dealing with this. No matter what ppl think I pray my dad deals with his deep hatred toward me. I don’t feel safe around him at all. This recording is recent it is not from 2018 just to clarify. I’m going to learn from these experiences, live my life in peace and make beautiful art.” He’s spoken out previously about not being accepted in his family.

The heated exchange can be heard in the 45-second clip Kerrion shared. A voice identified as Kirk Franklin exclaims “I’ll put my foot in your a**,” following a muffled argument. Kerrion adds, “I dare you,” before the argument continued.

“I will break your neck ni***, don’t you ever disrespect me,” Franklin allegedly shouts at his son on the call. Kerrion replies, ‘I didn’t,” before the call abruptly ends.

The choir director has since issued an apology in a video on his own social media, saying that “for many years we have had a toxic relationship with him as a family” and tried to tend to the “private family matter” through therapy and counseling. In response to his apology, Kerrion created a second post airing out more of the family drama and calling B.S. on his apology.

He wrote in the lengthy caption that despite what his father said in the apology video, he has allegedly not been consistent with going to therapy with him and says he hasn’t been accepted for over 14 years by his family.

We’ll keep you updated on further developments. What are your thoughts on all of this? Are prominent figures in the Christian community supposed to be perfect? They aren’t God themselves.

Kirk Franklin called his son “Bitch Ass”, regardless of how you feel about cursing, no father should talk to their son this way. Y’all never show up for Black boys when they’re being mistreated and then love to whine and complaining this app about Black men not being protected.

a lot of you grew up with emotionally abusive parents that made you walk on eggshells because defending yourself was seen as disobedience. that’s why Kirk Franklin actions isn’t an issue to you. you’re conditioned to disrespect.

To clarify: I’m not saying that this behavior don’t make you Christian, I’m saying that a lot of times (specifically in the Black community) Christians will condemn someone else’s behavior and they doing the same thing. Let’s not act like there’s no hypocrisy here

DL Hughley called this a looooong time ago. pic.twitter.com/W2BNoUqxlw