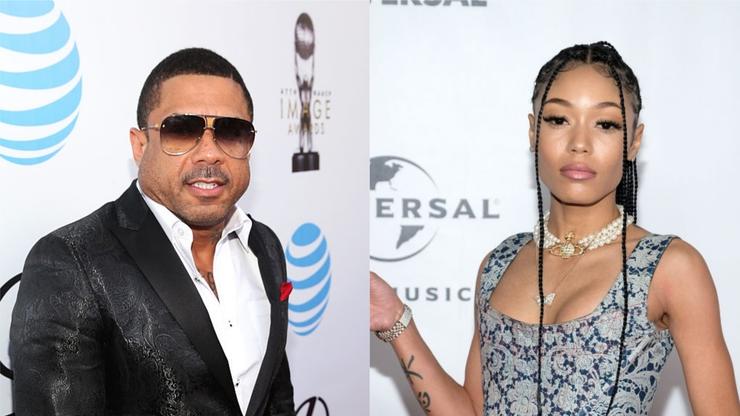 Coi Leray basically says her father is lacking in the parenting department just as much as he’s lacking between his head and shoulders.

First of all, it was kind of a mindf*ck finding out that Coi Leray was actually Benzino’s daughter. Over the years, she’s grown a brand independently of her father’s infamy in the rap game to launch her own career. Her single, “No More Parties” became her first Billboard Hot 100 entry, debuting at #84. Unfortunately, her family business has found its way into the public eye, though it’s partially her own doing. On “No More Parties,” she addresses her feud with her pops, rapping, “My daddy let me down, but I promise you I won’t let up/I wanna say fuck that man, but that shit won’t make me better.”

Benzino recently addressed his daughter’s issues with him but he said it was all a lie. He shared a lengthy Instagram response in the comment section, claiming that Coi’s been living well her whole life. He also said that her mother has a lot to do with her resentment towards him. “Coi was raised in a mansion and had everything she ever asked for. My other 2 sons are grown and would never say these things,” he said.

“This mf has the nerve,” she responded following an IG Live and a spree of comments she left under a post. “It’s crazy ’cause we was just on the phone crying yesterday, sharing this moment. Like, really sharin’ the moment,” she said during her live stream before elaborating in the comment section. “For this man to come on here and do this is so lame and this is th reason he burned all his bridges today. Look here father… I’m on billboard charting right now and all you can do is this lame shit? Yea still proving on how much you lack as a father,” she wrote.

“And this why I NEVER WANTED ANYBODY TO KNOW !! I’M EMBARRASSED TO BE YOUR DAUGHTER,” she added. “I should of been a boy your right cause I would of knocked you the fuck out already.”

Ultimately, she offered an apology for “stepping out of character.”

Forgive me for stepping out of character. I thought I prepared myself for this moment but I’m still not ready. I’m still angry🥺 Don’t hold grudges. Let miserable people be miserable and just love from a distance.

That was a test and I feel like I failed by responding. Not everything needs a response. It’s cool, I’m learning