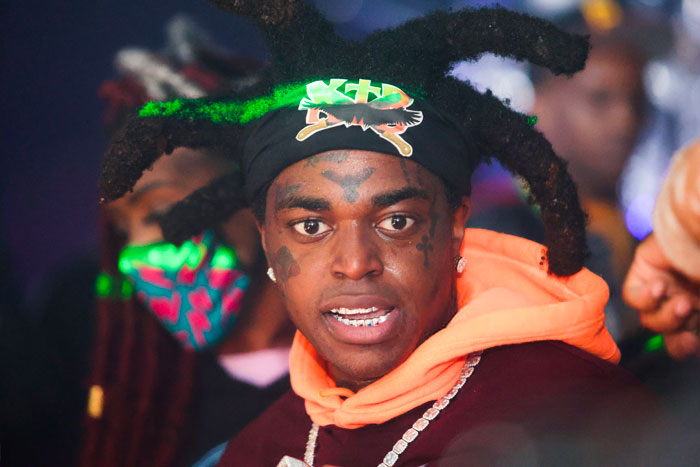 Kodak Black fans are a little… conflicted after the rapper pleads guilty to first-degree assault and battery.

Instead of letting the steam blow over, Florida rapper Kodak Black’s first moves after pleading guilty to charges related to his sexual assault case in South Carolina were to let the world know that he got off without needing to register as a sex offender. “Ain’t gotta register as a sex offender or nun, shit that’s a play if you ask me,” bragged the 23-year-old on Twitter. “Y’all got me f*cked up I ain’t dat freaky homie.”

After reports that he allegedly left bite marks on his victim after she refused to have a sexual relationship with him, this was a pretty savage and unapologetic way to respond to a serious situation like this. Getting off easy with eighteen months of probation and avoiding any additional jail time, Kodak went on to send his thoughts to rape victims around the world, claiming that he’s “too fly” and “too gangsta” to ever sexually assault somebody. He also retweeted a fan who said that people need to stop “doing f*ck shit” to Kodak and then “act” like they’re the victim, to which he added, “Forreal.”

My heart goes out to all the girls out here getting raped and shit FORREAL , But I Ain’t Did That Shit 🙅🏾‍♂️ #ImTooGangsta #TooFlyFaThat

While this could have been a situation in which Kodak only pled guilty to put the case behind him and avoid a long prison sentence, it has turned many of his fans against him. The same people that were yelling “Free Kodak” a few months ago are conflicted now and Cancel Culture seems to be catching up to Yak quickly.

Sensitive things like this are hard to judge from the outside looking in because there absolutely are people who try to take advantage of others with false accusations, but at the same time that isn’t always the case and you never want to discount a potential victims experience or trauma. You can see what people are saying about this latest ripple in Kodak’s story below. What do you think about him pleading guilty?

Kodak Black beat a woman for not wanting to have sex with him. I don’t have any reason to believe he didn’t rape her too like she’s alleging. He’s done.

my apologies guys. he admitted to beating and biting her when she refused relations. OBVIOUSLY any man doing this would not forcefully take sex from a woman because clearly he’s not capable. im so sorry for my accusations!!!! please forgive me!! pic.twitter.com/6uGzZb2iuf

They said “Pray for Kodak 🙏🏿” like he battling leukemia or sumn . Nigga he sexually assaulted someone

Ppl on twitter really defending kodak rn over a rape charge, u ppl are not well in the head at all

I’m just wondering how you wrote that whole caption out and still thought “Pray for Kodak” was the correct conclusion? https://t.co/awgV1grwqy