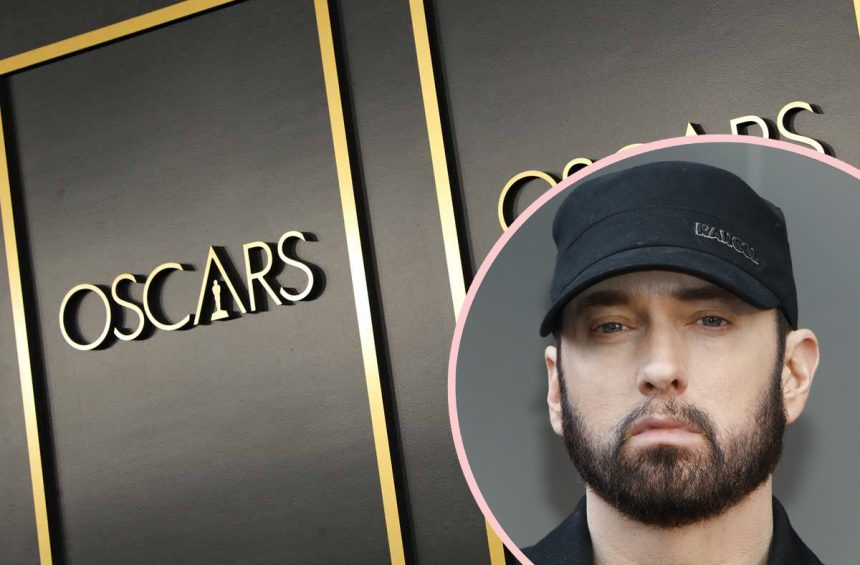 Eminem made a surprise appearance.

Sunday night, Eminem returned with his “Lose Yourself” track to deliver on a surprise performance 17 years after the song won the award for Best Original Song for its appearance in Em’s 8 Mile film.

#Eminem performing 'Lose Yourself,' which won Best Original Song at the 75th Academy Awards, at the #Oscars tonight. 🎤 pic.twitter.com/UioaaXdjWD

Here are all the audience reactions to Eminem’s surprise #Oscar performance… 😂😂pic.twitter.com/zO4YFSGTkO

The return was in tune with a moment of redemption for the vet who skipped out on the 2003 ceremonies because he didn’t believe that he would actually win and allegedly didn’t want to censor the song as he had been asked to at that time. That year, presenter Barbra Streisand gave the statue to Luis Resto, who co-wrote the track.

“Look, if you had another shot, another opportunity,” he tweeted in connection with the surprise appearance. “Thanks for having me @TheAcademy. Sorry it took me 18 years to get here.”
According to reports, the appearance was so top-secret that the Dolby Theatre was placed on lockdown during his rehearsals. If news of his appearance happened to leak, Eminem would have the full option to cancel the appearance altogether.

Although those at home seemed torn. Some took to Twitter to praise the performance and some were shaking their heads as to why he was there. Take a look below. What did you think?

the fact Eminem made a surprise performance at oscars and he got +540k tweets being the 1 topic of awards, lose yourself is #1 on iTunes, got standing ovation and has 7 albums in top 30 itunes. goat material
pic.twitter.com/dNx71VCURI

I still don’t quite get why Eminem performed an 18-year-old song last night?

Me watching Eminem performing at the #Oscars….. 😬🥴 pic.twitter.com/K0WcCVoAD5

Look, if you had another shot, another opportunity… Thanks for having me @TheAcademy. Sorry it took me 18 years to get here. pic.twitter.com/CmSw2hmcZo