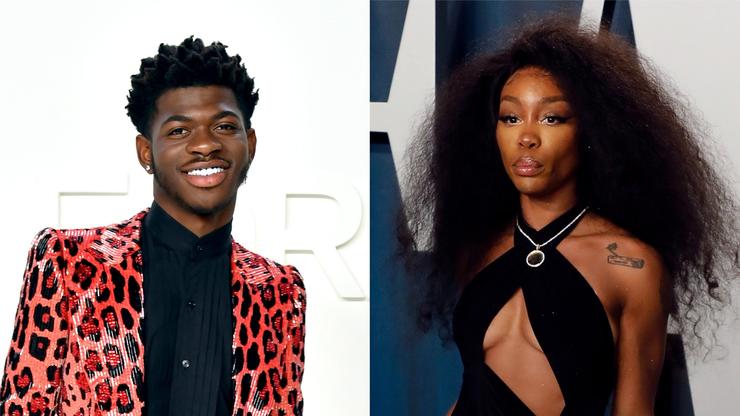 Girl, SZA looked so good last night she even had Lil Nas X ready to take a dip in her love galore.

Country-rap star Lil Nas X had one of the most surprising rises of 2019, enjoying the longest-reigning No. 1 hit single of all-time with “Old Town Road” and becoming a household name off the power of that one record. A bidding war between labels occurred after the track blew up, spending nearly twenty weeks on top of the Billboard Hot 100. The young man’s star only continued to grow after he revealed his sexuality to the world, coming out as gay and thereby becoming the first openly homosexual black man to spend such a long time at the top of the chart. With such a strong connection to the internet, Lil Nas X has been using social media masterfully to keep his name in conversations despite a lack of new music. This morning, the 20-year-old rapper showed love to his “queen” SZA after her appearance at the Vanity Fair Oscars after-party, joking that she can do whatever she wants and he’ll still be on her side.

Like a veteran former stan account owner, Lil Nas X operated as if he were still swooning over celebrities every chance he got, basically writing a short fan fiction story about TDE songstress SZA as she attended the Oscars after-party. “Call me old fashioned, but i was raised to serve my queen,” said LNX, sharing two photos of the singer at last night’s event. “Clean for her. cook for her and everything i do is for her. and if she cheats? that is on me! she caught me slipping and i will apologize and do better.”

In just over two hours, the post has already racked up over thirty thousand retweets, speaking to the impact of Lil Nas X’s lasting viral power. Regardless of how you feel about his music, you’ve got to give the kid props. He knows how to use the internet… and SZA has just been serving lately. Thoughts?

call me old fashioned, but i was raised to serve my queen. clean for her. cook for her and everything i do is for her. and if she cheats? that is on me! she caught me slipping and i will apologize and do better. https://t.co/8YqihEqSlP