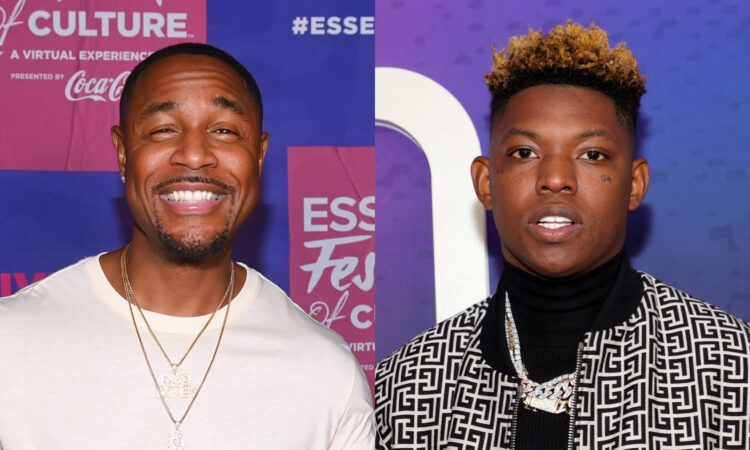 Now, I can’t name ten songs Yung Bleu nor Tank… BUT I will say that these days people are way too quick to throw around these fictional crowns to new artists. So in that respect, I understand why Tank had to take a break from getting his salad tossed to address this.

As soon as you mention an artist being the “king” of a genre, emotions erupt. This is what happened after Yung Bleu reportedly retweeted a fan who wrote that the rising star may be the “new King of R&B.” The Shade Room uploaded a screenshot of the tweet, including showing that Bleu co-signed the message, but R&B icon Tank reacted with a comment that some people believed was shady.

Bleu didn’t appreciate the remark and “Another episode of a bitter old *****!” wrote Bleu. “Tank u still waiting on that verse that’s why u mad . U supposed to be a Og ! U commenting on shade room acting like.a female . Dnt worry I’m not interested in being labeled as no king of r&b I’m about to be a real Super Star soon ! I don’t say **** to y’all dudes I be in my own world.”

Bleu added, “I already felt you weird energy that’s why Ian record to that wack *** song.”

Tank is currently working on what’s expected to be his final album and he lamented recently about R&B artists not responding to his calls. He penned a message on social media about the decline in camaraderie within R&B and felt as if working on his record was “bittersweet.” Bleu has also shared a screenshot of Tank checking with him about collaborating on a track.

Tank has responded to Bleu’s post with a video explanation of his original comment. Check out Yung Bleu and Tank’s back and forth below and let us know if either one of these men quality to be called the “King of R&B.”