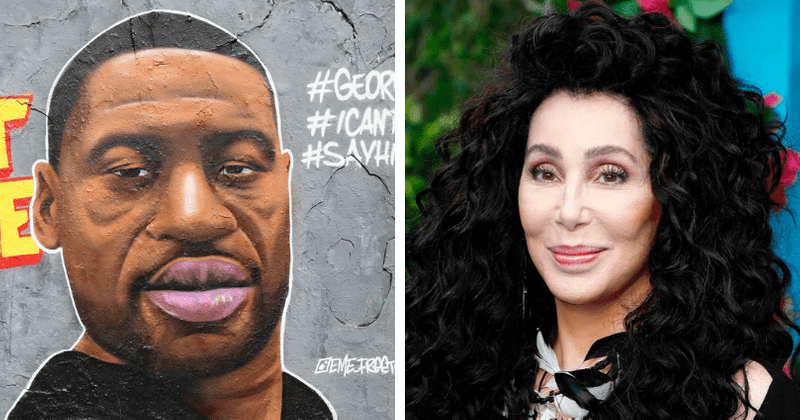 The legendary songstress caught flack for comments she made about George Floyd in a tweet.

As Derek Chauvin’s trial for the death of George Floyd gets underway, emotions everywhere have been heightened as we’re reminded of the unfortunate legacy of racialized police brutality that exists within the country. Following a year full of mass protests and widespread demonstrations, the racial tension in the country has never been so visible. In an effort to express her intense emotional response towards the murder trial, American “Goddess of Pop” Cher ended up becoming social media’s victim of the day.

In the tweet penned by the 74-year-old pop sensation on Friday (April 2), she disclosed a conversation she had with her mother about the Derek Chauvin trial. She wrote, edited for clarity, “Was talking with Mom & she said ‘I watched [the] trial of [the] policeman who killed George Floyd, & cried.'”

She continued, making the claim, “I Said ‘Mom, I Know This Is Gonna Sound CRAZY, But.. I Kept Thinking …..Maybe If I’d Been There,…I Could’ve Helped.”

Was talking With Mom
& She Said “I Watched Trial Of Policeman Who Killed George Floyd,& Cried”.
I Said
“Mom,I Know This Is Gonna Sound CRAZY,But..
I Kept Thinking …..Maybe If I’d Been There,…I Could’ve Helped😔

Shortly after posting it, Cher’s tweet, while well-meaning, instantly received mass amounts of criticism for what many saw as “white savior” undertones littered in her response. One Twitter user in a viral tweet compared Cher’s tweet to Kendall Jenner’s incredibly controversial Pepsi commercial where she boldly strutted up to officers and handed them a Pepsi, which many interpreted as meaning the effective end to police violence.

Another took a much more neutral response, writing, “Y’all are roasting Cher for tweeting that she wishes she’d been there for George Floyd? Seriously?! She’s not claiming she’s a superhero like in your funny memes, it’s all about the feelings of devastation and outrage. She wishes she could’ve helped George Floyd, like any of us.”

Personally, While it certainly wasn’t the best way of putting things…I think people knew exactly what Cher meant and it’s really just all of our heightened emotions around this entire topic that caused the response. That lady wasn’t thinking she could’ve helped him because she’s Cher nor because of her skin tone, she simply wishes there was a different outcome just like the rest of us. Check out reactions to Cher’s tweet below and let us know your take.

Cher said if she would have been there: pic.twitter.com/aM0nhmcjq5

Y’all are roasting Cher for tweeting that she wishes she’d been there for George Floyd? Seriously?! She’s not claiming she’s a superhero like in your funny memes, it’s all about the feelings of devastation and outrage. She wishes she could’ve helped George Floyd, like any of us.

Y’all better leave Cher alone. Her heart is in the right place. Y’all need to stop bullying celebrities when they do cringe shit. We all do cringe shit.

I ain’t forget how y’all bullied the Imagine Video celebs.

What exactly was Cher going to do lord???? pic.twitter.com/4zOssBVr1W

Oh yay another White person centering themselves around blk ppls pain. I wish I was there to stop you from tweeting this 🤦🏾‍♀️ pic.twitter.com/cQqg7Mw9ob

One minute y’all telling white people to use their privilege and the next… just leave Cher tf alone, ok? You got heat for Cher? pic.twitter.com/zZDonpVjjr

Cher fighting against fascism and police violence for the last 55 years 💪 pic.twitter.com/ubC4Aummqe