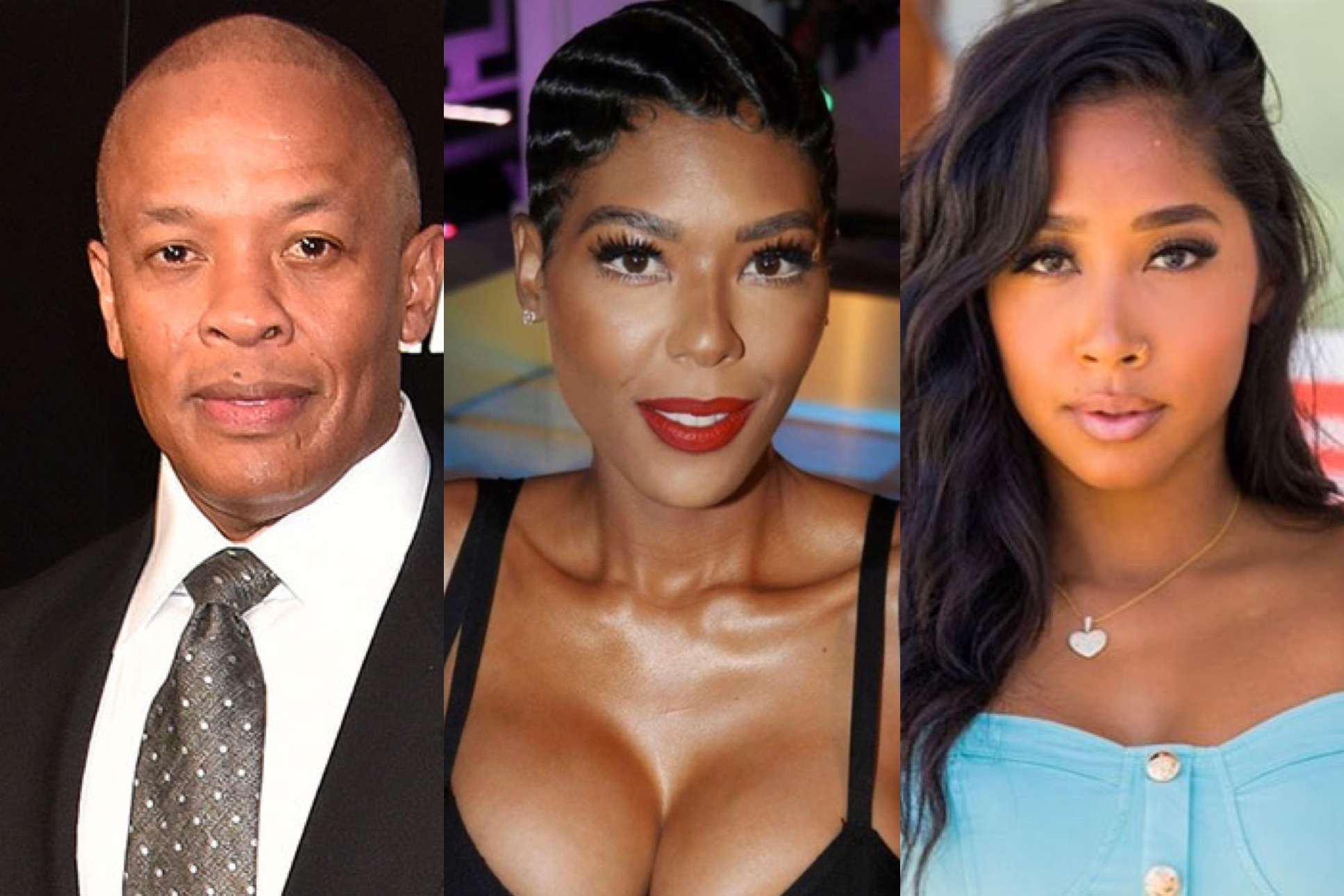 It was just a few days ago when we found out that bandmate hopper Apryl Jones has seemingly bump bump bump’ed her way over to Dr. Dre… but according to Moniece, this actually isn’t anything new.

The ink isn’t all the way dry on his divorce papers yet and the battle is far from over with Dr. Dre’s divorce from Nicole Young however it seems he may be ready for a new…wife. Over the months, updates on their divorce proceedings have made headlines and revealed that there’s some built-up tension between the couple. Allegations of abuse have been made against Dr. Dre as Nicole faces scrutiny for her requested amount of spousal support.

Just the other day, Nicole Young filed documents in court requesting information on the other women Dre’s alleged seeing. It probably doesn’t help that the paparazzi spotted the producer leaving a restaurant with Apryl Jones the other night. As many speculated that the two were an item, there wasn’t much confirmation beyond the fact that they were spotted together eating dinner.

However, whatever attempt to keep the alleged relationship under wraps has been ruined because one thing about it, Moniece Slaughter is always going to come through with some tea. Moniece recently sat down for an interview where she was asked to divulge on Dr. Dre and Apryl Jones. Slaughter and Jones have had a rocky relationship due to their mutual connection to Lil Fizz but apparently, Slaughter still has the scoop on their relationship. During an Instagram Live session, Moniece Slaughter said that Dre and Jones have been together for “a while.”

“To the person that asked me if Apryl and Dre are together: yes they are,” she said. “It’s been a while that they’ve been together,” she continued, adding that the relationship “is not new.”

“I’ve known for a while. I was shocked just because of her public announcement that she’s polyamorous,” she said before adding that Jones has been “patting her puss” on the internet. “I was surprised that someone as established and refined as Dre would almost wife her,” she concluded.

Peep the clip below. Thanks for the tea Moniece. What do you guys think of this alleged thing between Apryl and Dre. I just have so many questions..she obviously hit a jackpot, but with Dre’s history of abuse, at what cost? Also, can you turn a ho into a housewife?

Not that any confirmation was needed, but Moniece Slaughter just confirmed that Dr. Dre and Apryl Jones are an item. pic.twitter.com/0vvkE8k3fM