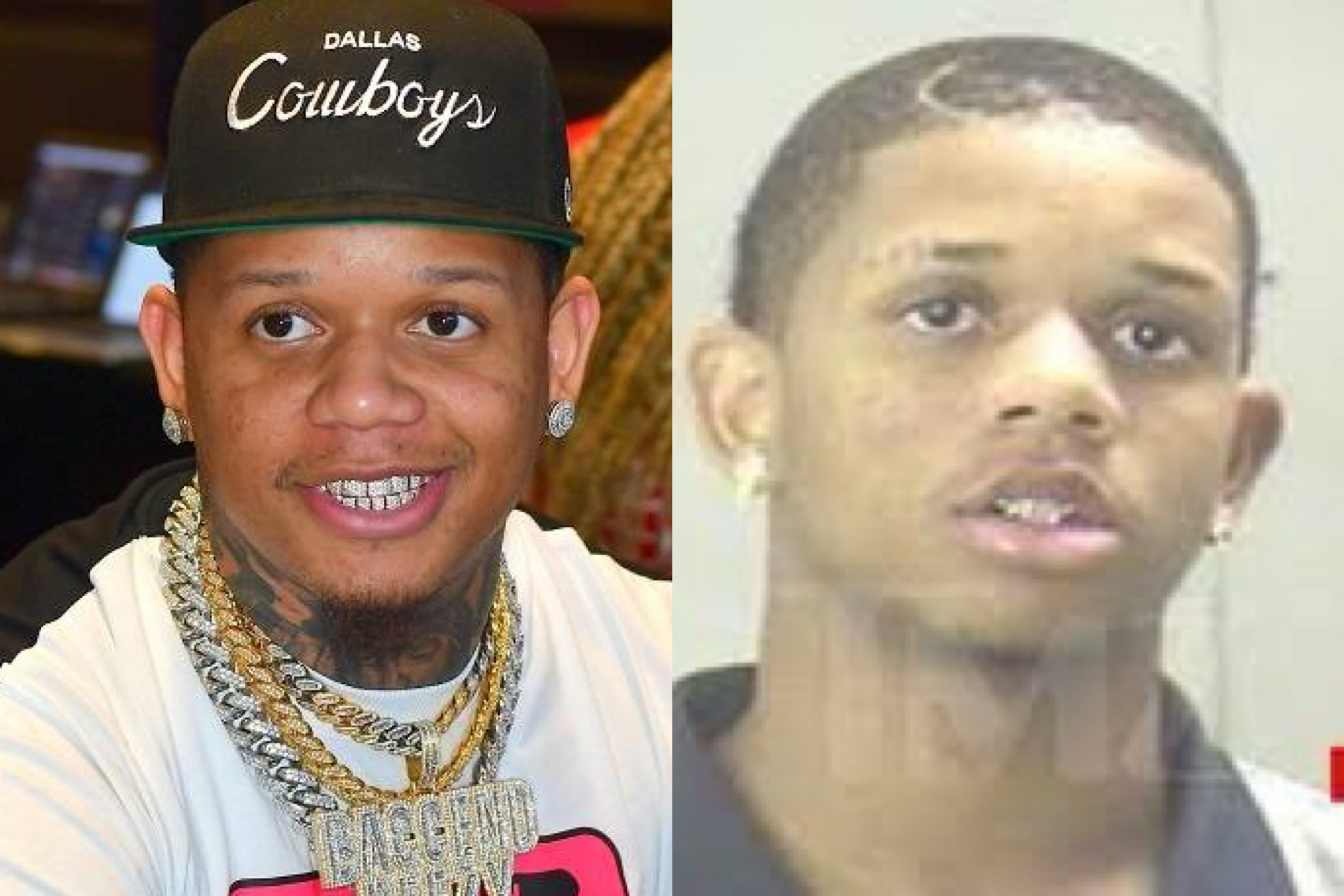 A few weeks back the world was exposed to the weapon hanging between Yella Beezy’s legs and now he’s found his way to the big house for just that…weapons.

When footage of Yella Beezy being detained by officers in his hometown of Dallas, Texas Valentine’s Day weekend surfaced, internet users everywhere began to speculate what caused the arrest. He was reportedly riding around his neighborhood in a bulletproof vest before he was arrested by officers, and many speculated it may be in connection to the murder of fellow Dallas rapper Mo3 back in November. According to TMZ, however, law enforcement sources have confirmed he was arrested on weapons charges, which the rapper claims was a set-up.

Yella Beezy arrested on gun charges after cops searched his vehicle for weed.

The sources revealed that Beezy was arrested Saturday night (February 13) while driving in Dallas when cops pulled him over for allegedly running stop signs. They then searched his car, for unknown reasons, before finding an unlicensed weapon in his vehicle. Videos surfaced online show this occurring, and you can visibly see a cop checking inside the black SUV’s trunk.

The rapper’s manager Adrian Low Brown told TMZ he was driving in his armored-plated, bullet-proof truck in his old neighborhood to get flowers for his girlfriend ahead of Valentine’s Day when police stopped him and claimed be blew a stop sign. They then heckled him for his vehicle smelling like weed, which he says they used as an excuse to search his car. Beezy claims he does not smoke and cops couldn’t find any of the substance in his car to get him on possessions charges.

View his remaining charges below. A bond for Markies Conway has yet to be posted. #YellaBeezy #Dallas pic.twitter.com/W2ddcW4Scc

As for the gun, Beezy’s team says all of the weapons in his arsenal are registered. They add they’re currently attempting to bail him out, noting it’s a case of harassment by cops.

We’ll keep you updated on further developments in this case. Y’all feel bad for Beezy or is that on him, baby?