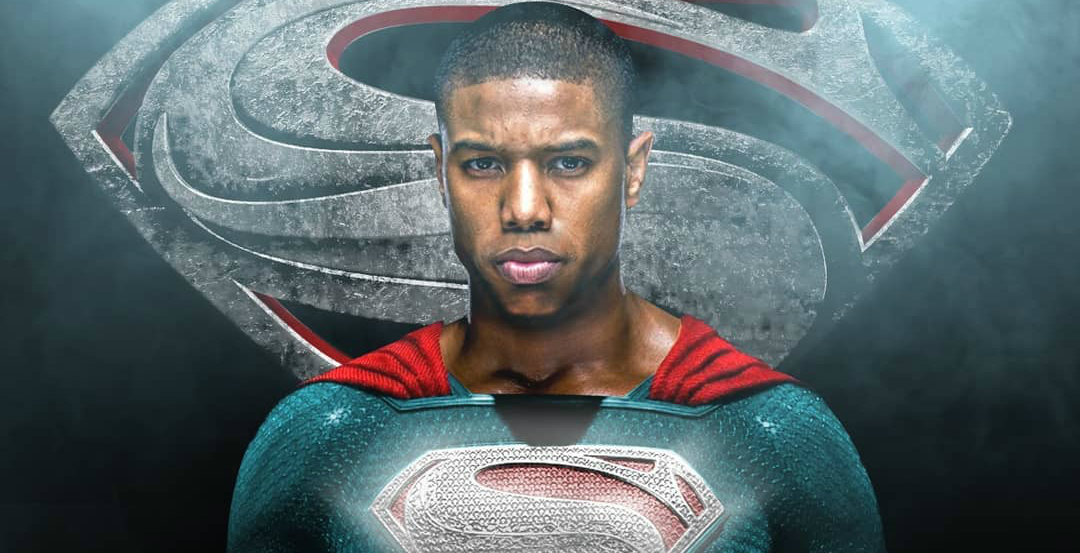 These days we may see Michael B Jordan more so in the press for being the latest chosen hero to fly directly into Lori Harvey’s vagina, however that may not be the only superhero role he’s in line for.

Michael B. Jordan isn’t exactly a stranger to the superhero world. He starred in Fantastic Four in 2015 and more recently in 2018 as Erick “Killmonger” Stevens in Marvel Studio’s Black Panther film. Considering this, it’s no surprise the 34-year-old actor is allegedly in talks to take on the role of another iconic hero. Warner Bros. Studios announced they were working on developing a Superman reboot as produced by J.J. Abrams and written by Ta-Nehisi Coates late last week, and they’re allegedly looking for a Black actor to play Superman in the new film, with MBJ in mind.

The folks over at Giant Freakin Robot reported that Jordan was the studio’s top choice to take on the role of Abram’s reimagined Man of Steel. Sources told the outlet that the studio is currently pursuing the Creed star for the role, but it is not entirely certain if he has signed on to do the film just yet. The publication also reports that even if Warner is unable to lock down Jordan, they still would not go back to Henry Cavill, as they are allegedly committed to telling a Black Superman story.

The information is not entirely a shock either since Jordan was already heavily linked to an earlier planned version of the reboot a few years ago. He ultimately ended up turning down the role due to creative differences and conflicting schedules, but with Abrams and Coates handling the production, it may be very likely he’ll get on board.

UPDATE: According to reports, it's Warner Bros. and DC Films' "intent" to introduce a Black Superman, and Michael B. Jordan is obviously high on the list of candidates. https://t.co/6dgXNN3eKv pic.twitter.com/sKnqsiKBfq

What do you think of the possibility of a MBJ Man of Steel? Girl, with the nervous breakdowns we say from certain folks after Halle Bailey was announced as Ariel in the upcoming live action remake of Disney’s ‘Little Mermaid,’ I can only imagine the reactions to superman…and they will deal. Would you like to see MBJ pull it off?

Could we possibly be getting a black Superman?

Michael B. Jordan would be PERFECT! pic.twitter.com/YI7faWB5wg

listen liSTEN LISTEN,,,,, MICHAEL B JORDAN AS SUPERMAN,,,,,,,, maybe this time i'd be intersted

IF, and this is a huge if, this is a Black Superman movie and it's Michael B Jordan playing him, can we fucking give a round of applause for the representation DC will be bringing to table with these upcoming movies?

Okay, I can get behind this. Michael B. Jordan was rumored a while back, and even though he’s likely out now, telling another characters story under Superman would be very intriguing for new audiences.

As for Cavill, I hope he gets another chance down the line. https://t.co/taN12OIVCV