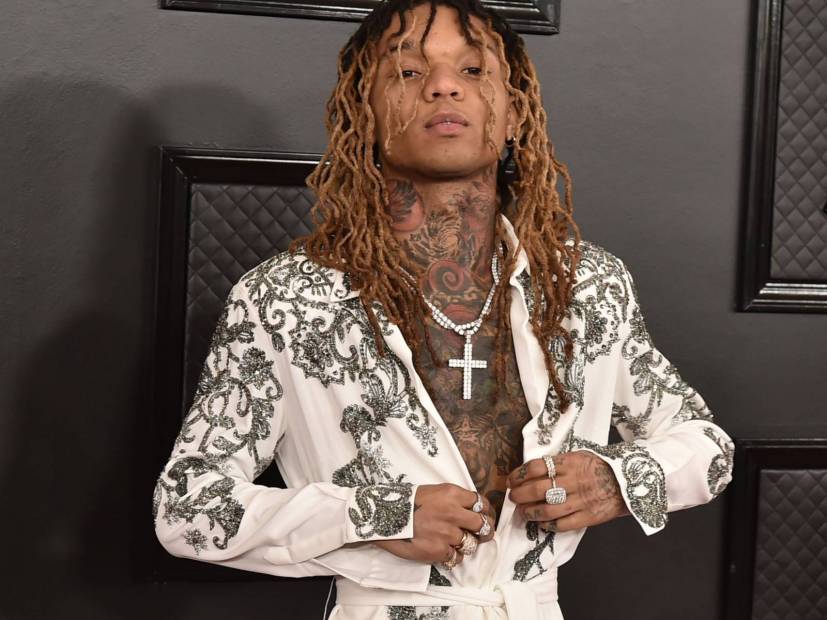 Swae Lee is unafraid of the backlash he may receive for designing high-heeled shoes for men, as part of his collaboration with Giuseppe Zanotti.

With time, the hip-hop community is opening up to include a wider range of sexualities, which is long overdue. The actions of Young Thug (who wore a dress on his album cover), Jaden Smith (who consistently jokes about a “relationship” with Tyler, The Creator), Lil Nas X (who came out as gay last year), and Kevin Abstract (who proudly raps about his sexuality often), the genre is becoming more and more diversified. There is still a lot of work to go but, with Swae Lee going this direction on his collaborative effort with Giuseppe Zanotti, another small step has just been taken.

Announcing a floral design of sneakers designed by Swae Lee and Giuseppe Zanotti last month, the Rae Sremmurd singer’s work with the fashion designer doesn’t end there. In an interview with Footwear News, Swae Lee explained why he’s been so adamant on challenging gender norms, which led to the inception of his high-heeled design for men.

“A lot of [rappers] are fucking scared to wear shit. They want to think the old ways and put a limit on that shit,” said Swae. “I’m not scared to be different.”

Swae Lee is among a class of rappers — including A$AP Rocky and Post Malone — who are redefining the way we view fashion. “I was making something to go on someone’s body, to complete their outfit, the shoe completes a look,” says the star of his work with Zanotti. “It was up to me to make the most key part of the outfit, so it was way different. Now I’m helping people with their well-being. This is their image. That’s important.”

If you decide to rock a pair of Swae Lee’s heels with GZ, you’re definitely making a bold statement.