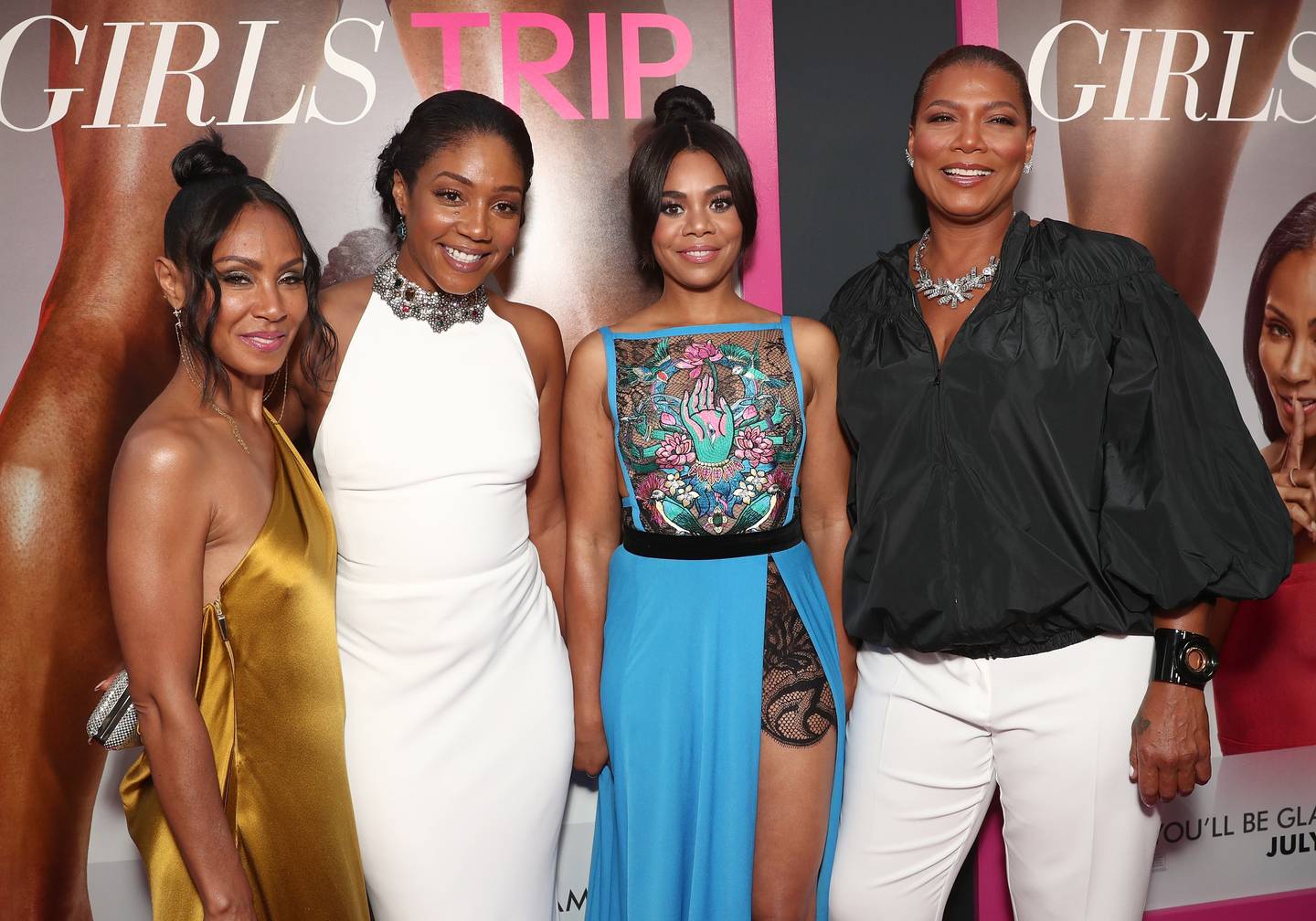 You know what? As much bullshit as we see come across our feeds these days, we need as much feel good entertainment as we can get. This is good news.

There has actually been talk of a ‘Girls Trip’ sequel for a couple of years now. ‘Girls Trip’ was initially released in 2017 and was a box office hit starring Queen Latifah, Jada Pinkett Smith, Regina Hall, and served as Tiffany Haddish’s breakout role. Since it’s release all of the cast has confirmed that they’d be down for a round two but in late 2019 Tiffany Haddish said in a statement that studio executives hadn’t moved forward with the sequel. “I’ve even written a script for it. Me and the girls punched it up and made it good,” Tiffany said back in May 2019. “They don’t want it. We understood how much money could be made, and they don’t want to pay it. So I doubt it.” However, it seems somewhere along the line there has been a change of heart.

Girls Trip 2 is finally happening and as confirmed by writer-producer Tracy Oliver, the sequel will see the girls reconnect once again for another fun getaway, and this time, the West African country, Ghana has been chosen as the rendezvous.

Oliver revealed this exciting news at the ongoing Sundance Film Festival where she is promoting the second season of her Prime Video comedy series, Harlem. Speaking to the folks over at Variety, Oliver revealed she had a “definitive ‘Girls Trip 2’ update” before going on to confirm that the sequel is “officially happening. I can say that.” She also noted that the all-star cast from the original film will all be back for the sequel before further divulging a key plot detail adding; “No one else knows this, Will Packer (original film’s producer) might kill me, but we’re looking to set it in Ghana.”

While it appears that solid plans are finally in place don’t get too ahead of yourselves as Oliver revealed that there was no definitive timeline yet and that she was still in the process of writing the script. She also revealed that the film’s stars will utilize this year’s Afrochella, an annual Coachella-esque music festival in Ghana to familiarize themselves with the country’s capital, Accra in preparation for filming.

With the original team being involved, I think they can capture the magic of the original and I’m here for it. Are you excited for the follow-up to ‘Girls Trip’ or should they leave well enough alone?