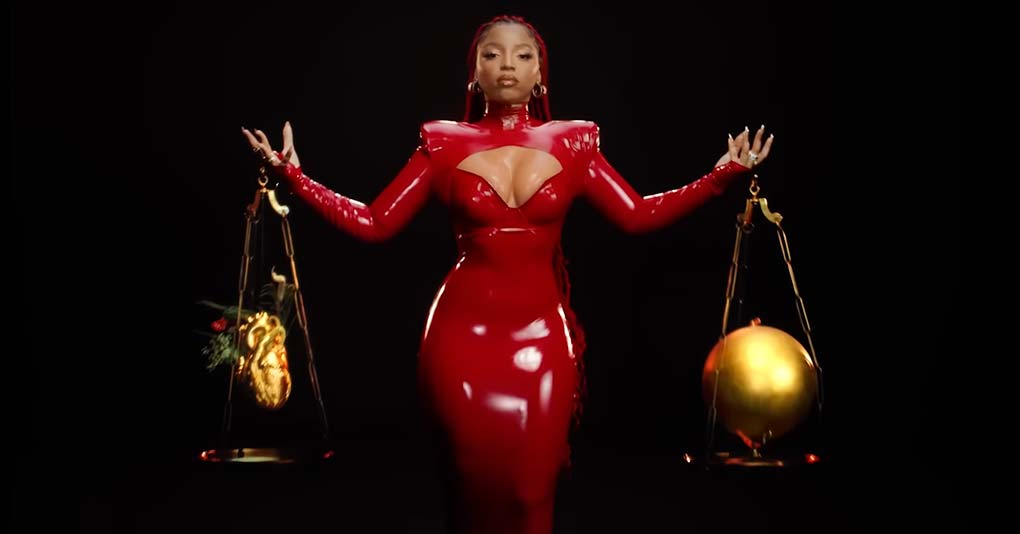 I was actually just having a conversation a few days ago where I was asking when Chlöe was going to finally roll things out… and well, we’re here.

Grammy-nominated singer and songwriter Chlöe has officially announced her debut album, In Pieces. The highly anticipated album is scheduled to release in March via Beyoncé’s Parkwood Entertainment and Columbia Records. Fans predicted something was up when they noticed Chlöe completely cleared out her Instagram page over the weekend and it turned out they were right as she confirmed the news on social media in a trailer for the upcoming album.

“IN PIECES. MY DEBUT ALBUM. MARCH 2023,” she wrote in an Instagram caption for the 17-second trailer.

Chlöe launched her solo debut era in September 2021 with “Have Mercy,” which not only has since been certified platinum by the RIAA for selling one million equivalent units, but the single and it’s accompanying video and promotional performances definitely put the public on notice that Chlöe was one to watch out for.

She followed that up with the singles “Treat Me,” “Surprise,” and “For the Night” (my personal favorite) which all didn’t reach the success one would hope, so it’ll be interesting to see what she has up her sleeve leading into the album release.

“Every single song on that project stems from my own experiences,” Chlöe told Complex in a recent interview. “It has been so much fun collaborating with such incredible song makers. I am happy people are getting more and more of me.”

The album was previously self-titled . In an interview with Billboard, Chlöe revealed that she started working on her first solo album in 2019.

“I put a pause on it so my sister and I could promote Ungodly Hour, but in between I was in my bedroom creating at night. I’d be making my own beats and working on songs and ideas for this project that I knew would come, I just didn’t know when,” said Chlöe.

Overall, I’m excited. With Halle set to star in the Disney’s live action adaption of ‘The Little Mermaid’ in May and Chlöe finally dropping this off in March, I’m completely open to a Bailey sister supremacy in 2023. Are you here for it?