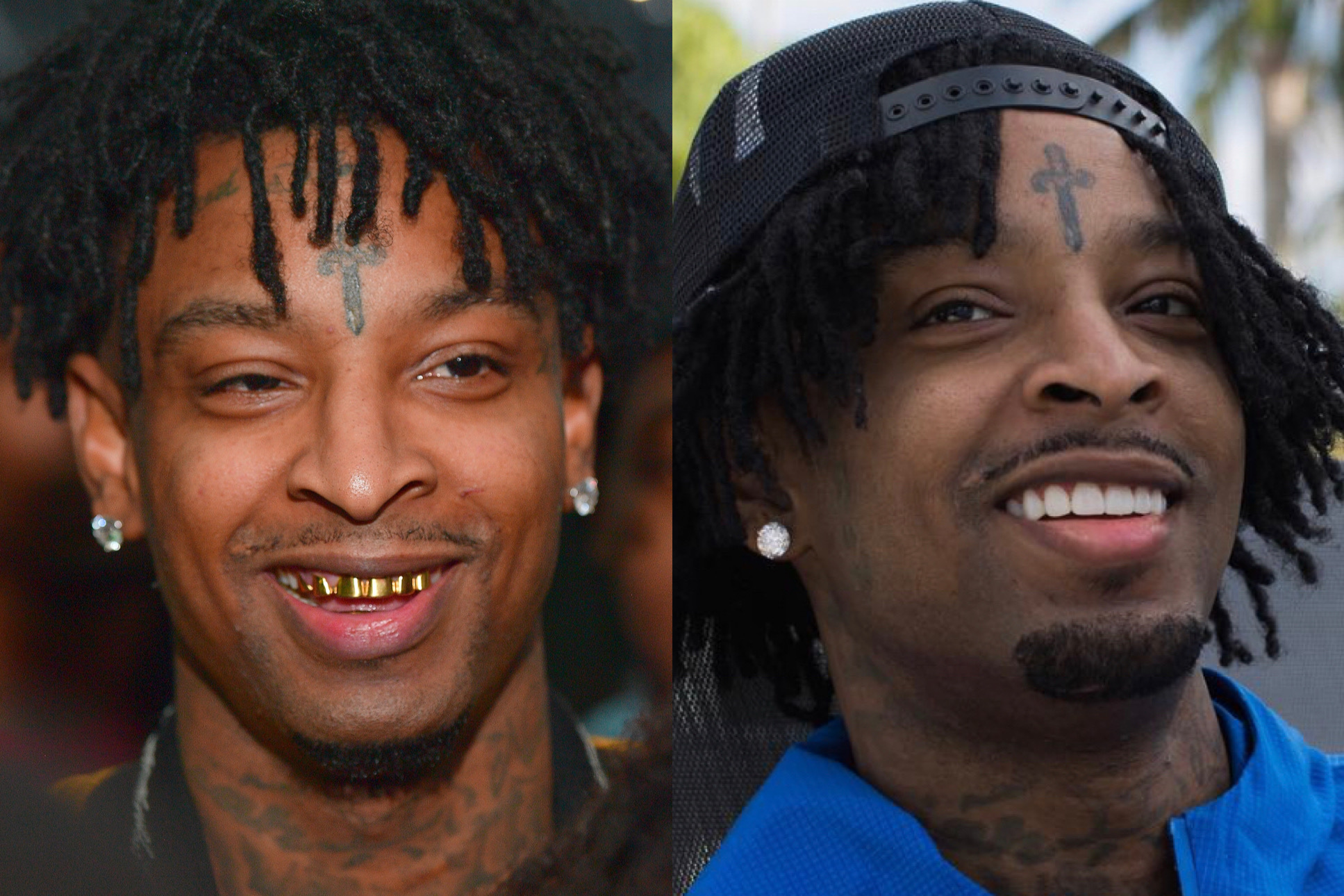 You know what, this is a trend I can actually support when it comes to the men in hip hop.

Those signature gold grills are a thing of the past for 21 Savage. Recently, there has been a rise in the number of rappers who have opted to get a new set of pearly whites and they’ve taken to Instagram to show them off. Lil Yachty couldn’t stop staring at his veneers while on Instagram Live with fans and NBA YoungBoy was in the dentist’s office while giving a first look at his new smile. YFN Lucci also decided to switch things up and the internet couldn’t get enough of Plies grinning from ear to ear with his new teeth.

Fans have been enjoying watching rappers sport their looks sans iced out grills, and recently, 21 Savage stole hearts after he posted a photo of himself with a new smile. In 24 hours, the photo has amassed 1.5 million likes and plenty of the rapper’s friends had something to say. “Very rare sell this as an NFT,” Metro Boomin teased.

Aside from the jokes, 21 was also the target of trolls who attempted to dismiss his new look because his teeth are “fake.” The rapper answered his critics over on Twitter when he wrote, “I paid 75k I’ll be dammed if I let y’all say these teeth ain’t mine [crying laughing emoji].” If true, that’s about $5K less than what Yachty said he spent on his. Check out the posts below.

Here’s my thing, anyone who was attempting to clown 21’s teeth saying anything about “fake,” is giving real broke energy. It’s definitely an upgrade for me. Are you feeling his new look?