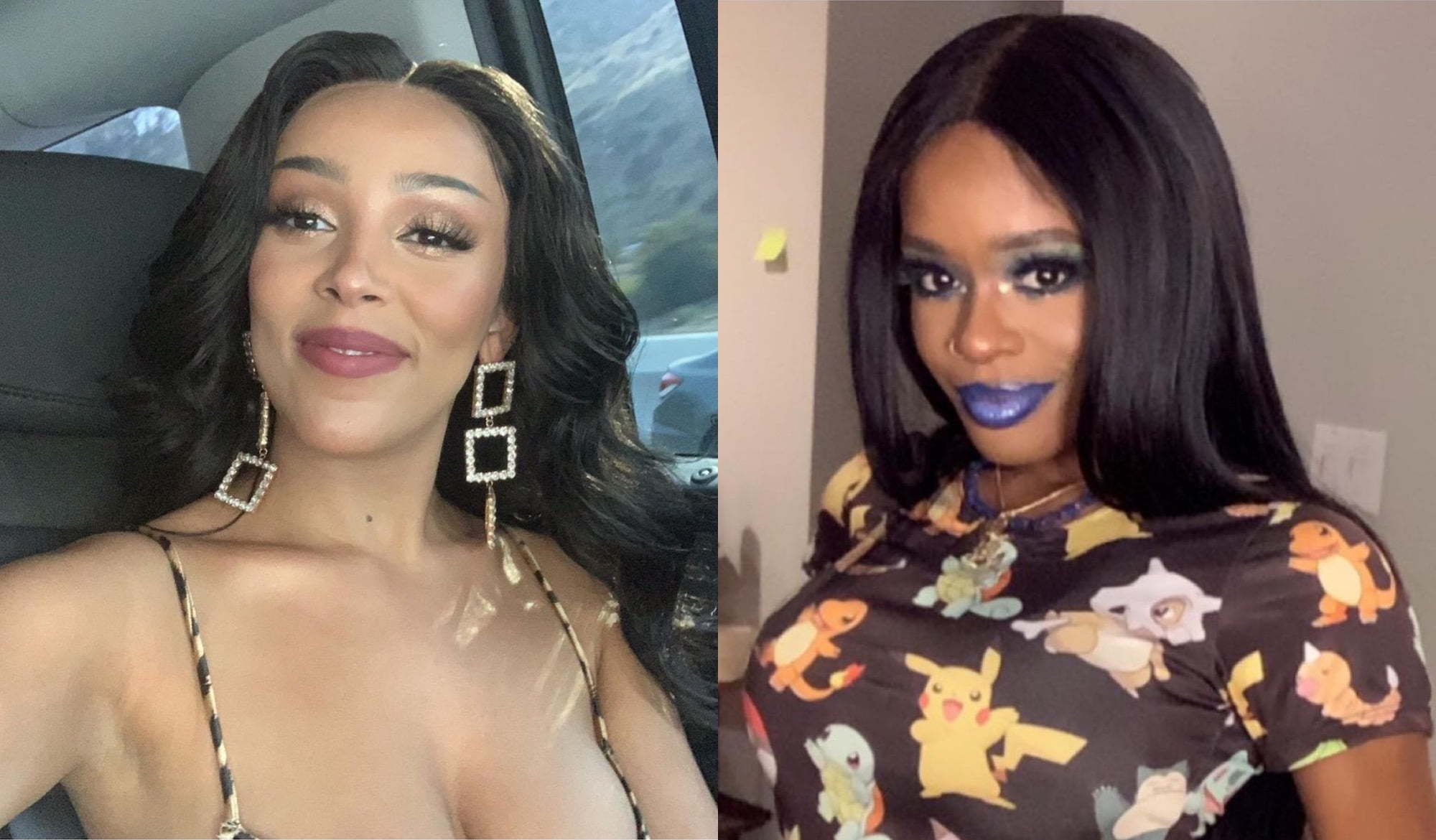 Azealia Banks literally goes through the motions right before our eyes. Today she says Doja Cat deserved to win a Grammy, but then suggests she didn’t because of her bad karma.

If you can’t count on anything else, you can always count on Azealia to offer opinions no one asked for from the chicken coop. A few weeks ago, Azealia Banks was bashing Doja Cat at every turn, calling out the rapper on social media and body-shaming her, calling her fat and bullying her on Instagram. After realizing that Doja had previously praised Azealia’s music publicly, her opinion of the “Say So” hitmaker seemingly changed. While Azealia has held less malice toward Doja Cat, she clearly still doesn’t love the Los Angeles-based rapper. Still, she recognizes that Doja probably should have won a Grammy Award at Sunday night’s ceremony.

“Dojacat deserved a Grammy,” wrote Azealia on Instagram Stories, before theorizing that she wasn’t awarded because of her work with Dr. Luke, who was previously involved in a years-long legal war with Kesha, who accused the producer of sexual, verbal, physical, and emotional abuse. “It’s def the Dr. Luke politic.”

While she previously seemed peeved that Doja Cat didn’t win a Grammy, Azealia later switched her tone again, calling out the rapper for allegedly texting her and asking her to stop body-shaming cupcakKe. “But tbh the nerve of doja to try and check me via text about body shaming cupcakKe (who threatened to shoot sukihana’s three children in the head and also called me a skinny crackhead before I even knew what a cupcakKe was) when doja works for an entire rapist. Maybe that’s the karma she gets for trying to get smart with her mother (me) and not staying in a child’s place. Hmmmph.”

Azealia’s commentary over the night continued including a rare positive reaction to Beyoncé winning her record-breaking twenty-eighth Grammy, which Banks says was “deserved”. She also spoke about her arch-rival Kanye West’s win, which she says gives her hope after the artist shared a video of himself urinating inside one of his Grammy Awards last year. “The fact that Kanye won a Grammy after peeing on one in the toilet gives me hope,” wrote Azealia. “I’ve gotta make a gospel song and pee on someones leg.”

What do you think about Azealia’s take on Doja? Is her lack of a win because of… karma? I would get it if we were talking about it being due to the whole “racist” scandal, but Azealia’s narcissistic ass is talking about for getting smart with her. Was it simply just not her year?