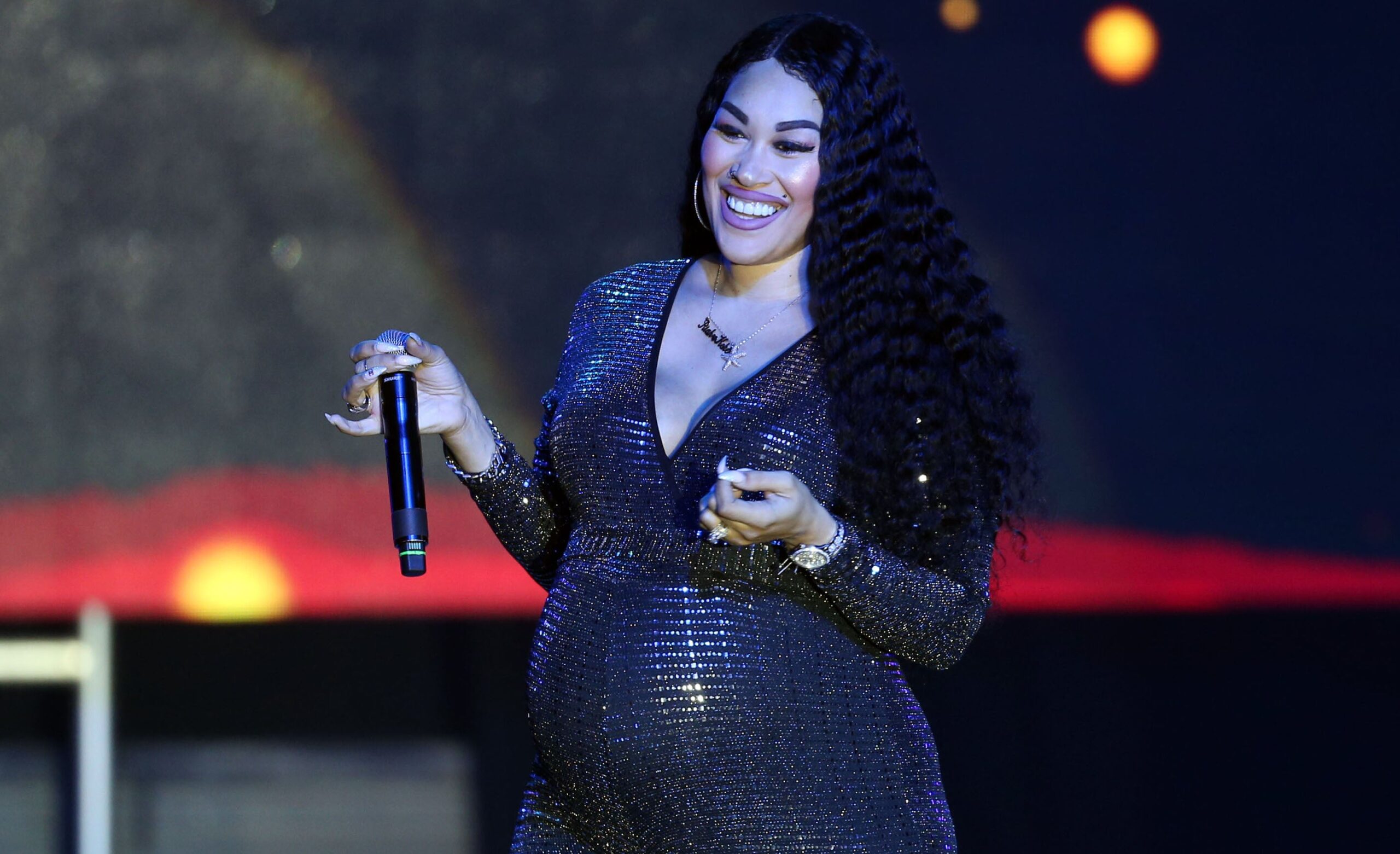 At this point I’m surprised Keke and Nick Cannon haven’t crossed paths yet, they are both certainly doing their part to single handedly preserve the human race.

R&B singer Keke Wyatt is known for two things, a powerhouse voice and apparently an equally powerful uterus. Keke has managed to shock the world (again), as the 39-year-old took to social media to announce that she is pregnant with her 11th child. The singer revealed that she and her husband, Zackariah Darring, are expecting in a post on Instagram, Sunday.

“My husband, Zackariah David Darring and I are proud to announce that our family will be adding a ‘plus 1’ to the Wyatt Bunch!” Wyatt wrote, before mentioning that their daughter Kayla Ford was unable to make it. “Our other daughter @0fficial.kaylaaaa wasn’t available for the picture but you’re with us in spirit Shuga!”

Wyatt shared two photos, one of her family posing together in matching t-shirts, and another of herself in a red wrap dress.

Wyatt’s last child, a son named Ke’Riah David Darring, was born in January 2020. Wyatt and Darring married in October 2018. The two had dated previously in their youth. Prior to 2018, Wyatt had been married to Michael Ford. She shared eight children with Ford, and one with Rahmat Morton.

As expected, social media reactions to Wyatt’s announcement didn’t just stop at your normal congratulations. Fans almost immediately began to chime in with their jokes. Former NFL wide receiver Chad “Ochocinco” Johnson responded to the news by joking, “KeKe Wyatt really think she finna outdo me….” (Ochocinco has 9 children of his own.)

All jokes aside, a baby is a blessing and if Keke and her husband are able to take care of them then there’s no judgement needed from anyone else. That doesn’t make the jokes less funny, though.. Take a look at the announcement below followed by some of the internet’s reactions.

If Keke Wyatt don’t do nothing else, she gone have a baby…and another baby. pic.twitter.com/4IUrOu2nat

By the year 3000 everyone will be a descendant of Keke Wyatt.

Keke Wyatt must have at least 3 refrigerators and 5 deep freezers. pic.twitter.com/piDHtgGcPg

Me, naming all of KeKe Wyatt’s children for a cash prize. pic.twitter.com/2TZzHfdAXF

Nick Cannon and Keke Wyatt are in a procreation #VERZUZ battle https://t.co/uSPaoKysFg

The doctors whenever Keke Wyatt or Nick Cannon walk into the hospital pic.twitter.com/m3vaZ0Fx0E

The maternity ward when Keke Wyatt walks in: https://t.co/hF9jPL7bWn pic.twitter.com/GLhaRQ7DHG