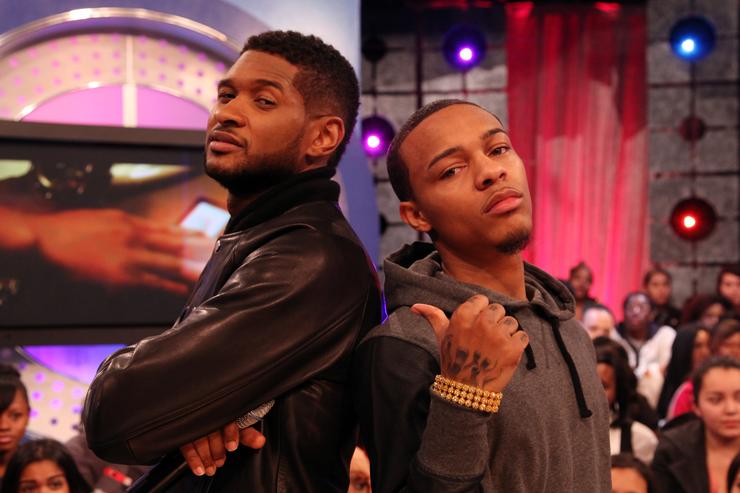 Y’all sleeping on Usher Baby? Liccle Bow Wow claimed that he hasn’t seen anyone who can “dance like Omarion and Chris Brown” in the last 15 years.

He’s an industry icon with credits in music, television, film, and production, and his philanthropic efforts are difficult to ignore. Usher is a global superstar with world tours and No. 1 hits under his belt, but his fancy footwork on stage and in his music videos set him apart from the rest early on in his career. The titles of dancer and singer are often synonymously shared when speaking about Usher, but if you ask Bow Wow, the R&B legend is more well-known for his music than his moves.

“Absolutely, but when you go to a Chris Brown concert, you gon’ see that boy dance! You don’t really hear that—You see Chris Brown, dance! Electrifying. He gon’ light up, he gon’ backflip, front flip, it’s just gon’ be electric. With Usher, he more smoother.” Bow said that Usher will dance at a show, but if Bow Wow goes to an Usher concert, he’s prepared to hear the hits.

Listen to Bow Wow’s interview below and let us know if you agree with his take.