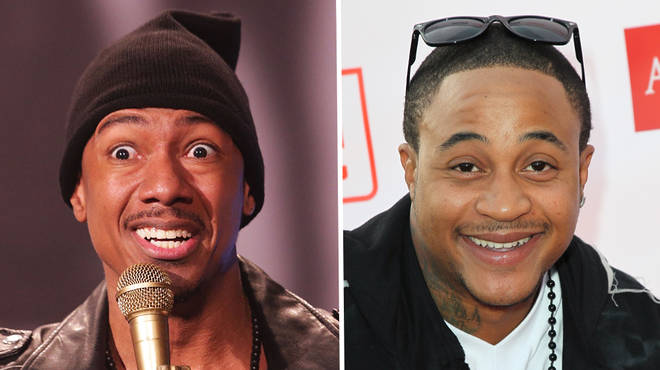 Nick Cannon speaks about his Eminem diss track and how it led to Orlando Brown’s oral sex claim.

At the height of the most recent continuation of the feud between Nick Cannon and Eminem, accusations were uttered by the comedian and his crew that there exists a video of Eminem engaging in gay sex acts in his chauffeured vehicle. “I heard your chauffeur got a video of you suckin’ a cock/You paid him off, then laid him off, now who really the opp?” raps Cannon on his initial record against Em. Weeks later, former Disney Channel star Orlando Brown made similar allegations against the comedian himself, claiming that Cannon once performed oral sex on him while wearing women’s clothing. According to Nick, the energy he exuded during his battle against Eminem is the exact cause of Orlando Brown’s outburst, blaming the situation on karma.

“It’s definitely something I’ve heard, but you know it’s karma like a motherfucker,” says the television and radio host about the video he referenced in “The Invitation.” “First of all, there is that rumor out there that he’s very promiscuous with his sexuality. […] I have no substantial evidence that Eminem has [done this other than through word of mouth.] Really, the rhyme scheme is what I thought was dope. So, Orlando Brown comes up with just these ridiculous accusations towards me. It’s like, ‘oh, karma is a motherfucker.'”

Nick Cannon admits that he thinks Eminem handled the disses very well, referencing their back-and-forth on Twitter. Watch the video below to see Nick speak on the issue with Em and Orlando.