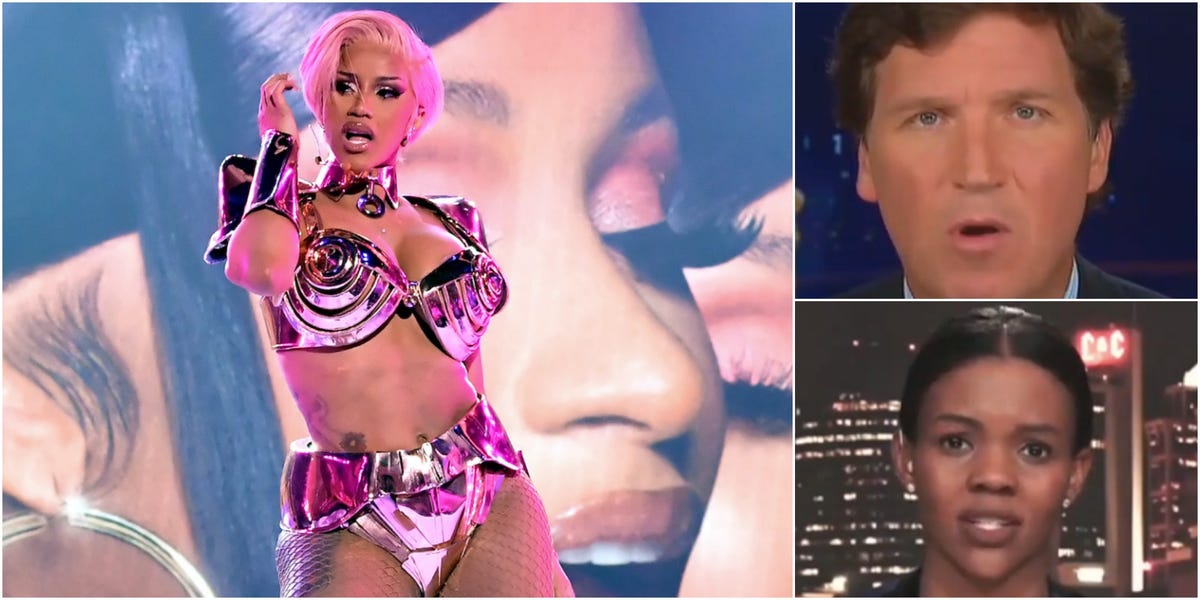 A wise woman once said “you know you that b*tch, when cause all this conversation.”

It’s a whole new year but Cardi B and Megan Thee Stallion still have conservatives writing entire think pieces on how uncomfortable their record breaking “WAP’s” make them. The latest attack comes from The National Center on Sexual Exploitation who claims the rappers “contributed to the sexual exploitation of women.”

Big named award show ceremonies have been long criticized any time there’s a sexy performance presented on stage and this year, Cardi B and Megan Thee Stallion’s “WAP” rendition on their large bed of a stage has given the prudes a new reason to have an aneurism. Following the 63rd Grammy Awards, The National Center on Sexual Exploitation spoke on catching Cardi and Megan’s show, going as far as issuing a formal statement where they accused the Grammys of contributing “to the sexual exploitation of women by glamorizing prostitution and stripping.”

According to The Wrap, the organization specifically mentioned the two rappers, saying that their performance looked to be “cut from a hardcore pornography film.” Dawn Hawkins, the Senior Vice President and Executive Director of the group penned the statement, adding that “despite the ‘popularity'” of “WAP,” the Grammys shouldn’t have allowed it to air on CBS.

Never missing an opportunity to chime in on something to do with Bardi, political commentator and representative for the dry coochie committee Candance Owens actually stated that the sexually charged anthem is “destroying America.”

The conservative author went on Fox News to criticize Cardi and Megan’s racy Grammy performance, warning that the Bronx-bred artist’s song could bring an end to society as we know it. “You have the kids learning about critical race theory. They’re learning that they should aspire to be people like Cardi B. You see that fundamentally we are seeing the destruction of American values and American principles,” Owens said to Fox News host Tucker Carlson on Monday (March 15).

She continued, “It’s terrifying. I think parents should be terrified that this is the direction our society is heading towards. And again, we are weakening America… This is a weakening of American society. It feels like we are looking at corrosion; like we are about to see the end of an empire.”

Never one to shy away from facing her toughest critics directly on social media, Cardi didn’t seem too fazed by Owens’ criticism. “Yaaaayyyyyyy. WE MADE FOX NEWS GUYS!!! Wap wap wap,” Bardi hilariously replied on twitter.

This is pretty iconic if you ask me, think about it. So many iconic awards show moments featuring legendary women in the industry were followed with this kind of heat. Britney Spears, Beyonce, Madonna, and so many other huge names have all played the bad guy for folks who insist that it’s entertainers jobs to raise and talk with their children. You’re in great company Bardi.