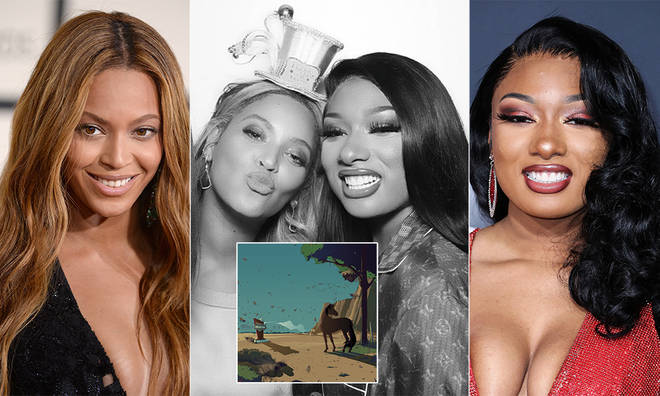 A couple weeks ago, it was a tight race for which song would top the Billboard Hot 100 chart. After their fans pulling out every trick in the book Doja Cat and Nicki Minaj’s “Say So” ultimately triumphed over Megan Thee Stallion and Beyonce’s “Savage” remix, which placed at No. 2. Now, though, after an extended holiday weekend, the new Hot 100 is out, and on the May 30-dated chart, “Savage” has at last climbed its way to No. 1.

.@theestallion's "Savage," featuring @Beyonce, officially hits No. 1 on this week's #Hot100 for the first time.

It earns Megan Thee Stallion her first career No. 1 and Beyonce her seventh solo.

“Savage” is now Megan’s first No. 1 song, and Beyonce’s seventh chart-topper as a solo artist. This one represents a significant milestone for Beyonce: She now joins Mariah Carey as the only artists with solo No. 1 songs in the 2000s, 2010s, and 2020s. Additionally, if you count Beyonce’s singles as part of Destiny’s Child, she and Carey are now both the only artists with chart-topping songs in the ’90s, ’00s,’ ’10s, and ’20s.

Megan shared an excited reaction to the news, writing on Instagram, “HOTTIES WE ARE NUMBER 1 ON THE HOT 100 FOR THEE FIRST TIME EVERRRR [fire emojis] WE F*CKING DID IT [crying emojis] thank you god [praying emojis] this is our first but it damn sure won’t be our last ! I love y’all so much [blue heart emojis] HOUSTON WE GOT ONE.”

It’ll be interesting to watch if Thee Stallion can maintain this momentum with her next record. Prior to “Savage” none of her music was really sticking in the mainstream preventing her musical success from matching her online popularity. However, after a viral Tik Tok challenge taking the lead during quarantine and obviously the power of a Beyoncé co-sign, Megan finally has a huge hit under her belt. Congratulations to these two!