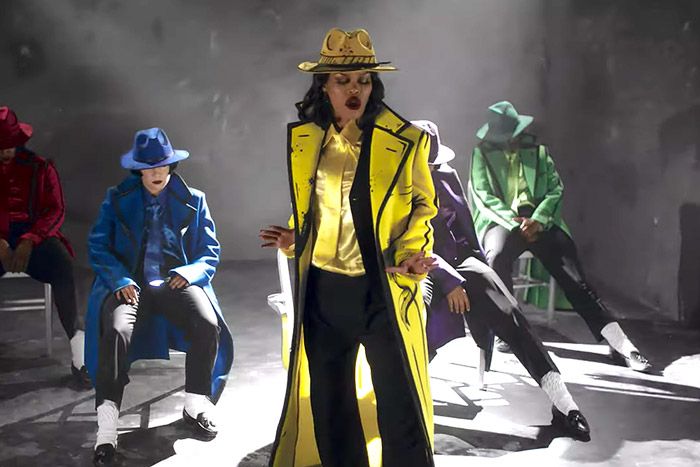 Teyana Taylor is officially in her roll out season for her forthcoming project “THE ALBUM,” and she prepares for the album’s release by sharing her latest single, “Bare Wit Me.”

Petunia SZN is upon us. We expected Teyana Taylor to drop “Bare Wit Me” sooner than later after she previewed a look at the video on social media recently. The singer has been amping up for the release of her forthcoming project THE ALBUM. The record is a long time coming considering that it was way back in November that fans expected to receive it in December, but as many of these album releases go, there were delays afoot.

On Friday (May 22), Teyana not only shared her single “Bare Wit Me,” but she also released the visual as well. The music video stars her husband Iman Shumpert as her love interest who she first shot then smothered to death while he was laying the hospital. The vintage feel of the video follows a gangster movie-like storyline, and of course, Teyana Taylor shows off her dance skills throughout. Throughtout the cut it appears she’s giving an obvious nod to Michael Jackson. She shares the stage with four other dancers as they’re all dressed in artwork-come-to- life garb that mirrors looks from the King of Pop. The look also pays homage to Janet Jackson who dressed in a similar vintage zoot suit for her music video to “Alright” from her 1989 album, Janet Jackson’s Rhythm Nation 1814.

Quotable Lyrics
I been tellin’ n*ggas lies (True)
Just split up all my time (Yeah)
With two or three guys (True)
‘Cause I can’t make up my mind, I know
I’m so indecisive (Yeah)
And I know that you don’t like it (Ayy)
And I never let my guard down but you steady tryna wife it, oh no