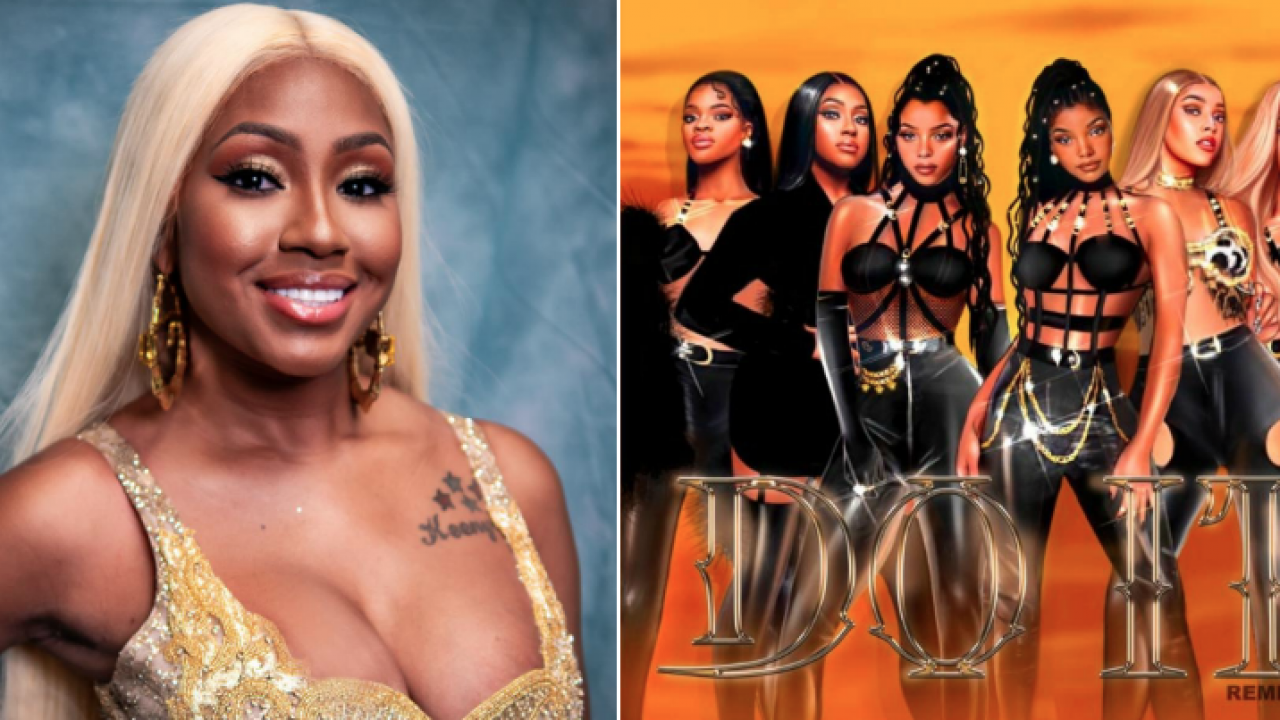 Last night, Chloe X Halle shocked the world with the remix to their buzzy summer bop, “Do It.” Adding rappers City Girls, Doja Cat, and Mulatto to the track, the sister duo provided a little extra bite to their hit.. And while it was generally well-received, fans did take issue with one of the new additions: the often ridiculed Yung Miami, who has been branded the weaker rapper between the City Girls pair time and time again.

“waiting for the day yung miami find the beat,” wrote one fan. The sentiment seemed to be echoed from multiple quarters of the internet, with fans appearing to agree that Yung Miami’s verse was the worst one due to her offbeat approach.

That was Young Miami on the track. Caresha was on city on lock. They are two different girls. #DoItRemix pic.twitter.com/ePOeYX28DH

Yung Miami after she finished her verse for the Do It remix pic.twitter.com/IYlLwPCIS7

When Yung Miami invaded my speaker on the Do it remix… pic.twitter.com/Ied0fxzwyj

City Girls on this Do It remix……. pic.twitter.com/ycIKypIvtj

However, Miami herself presented an unbothered response to the jokes, joining in with some humor of her own. “My verse was for the kids & tik tok period,” she wrote. “Y’all eating me up and I’m living for it.” To those who said that she “ruined” the song though, she shed a few sarcastic emoji tears and wondered whether her critics might grow to love her verse with time. “That’s wrong y’all said I ruined the song,” she joked. “Maybe it gotta grow on y’all idk.”

My verse was for the kids & tik tok period 💁🏾‍♀️

I thought I did but oh 🐳 https://t.co/uA0TTTMtMk

Y’all eating me up and I’m living for it 🙂☺️

For what it’s worth, she’s actually not really offbeat on this one at all, but she does rap over a section of track where the snare drops out and leaves a lot of space in between her bars… but I would still have to agree the song didn’t really need this. As for her explanation of the backlash, Miami noted that it’s probably just because “it’s popular to drag me.” Considering the response to the track and its inevitable increase in streams, Miami will likely cry-laugh her way right to the bank.

Chile you know it’s popular to drag me lol https://t.co/uJKpljQBNv

Listen to Chloe X Halle’s “Do It” remix featuring City Girls, Doja Cat, and Mulatto above.

Omg Caresha is walking and the beat driving

Caresha and the beat pic.twitter.com/Q5ChtaR2fB

I just feel like these artist need to start being honest with their colleagues’ verses. Cause ain’t no way Chloe, Halle, Doja, Big Latto and JT ain’t tell Caresha to go back to the drawing board.

Caresha said the beat adjusts for me.. not the other way around.