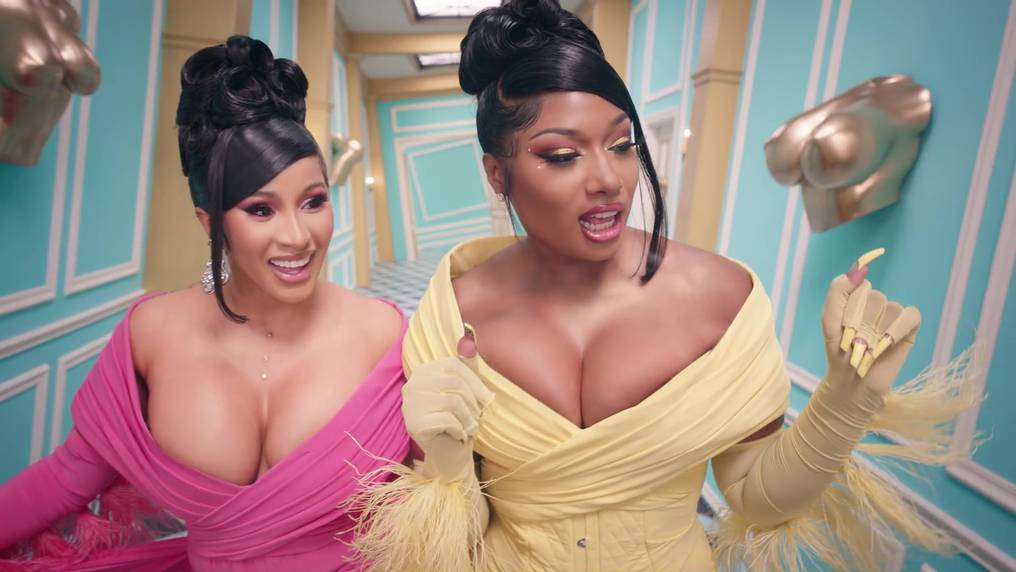 Bardi and Megan’s WAP’s haven’t just taken over the States, the track has turned out to be a worldwide smash!

When Jesus says yes, nobody can say now. Another day, another slay for our girl Cardi B. Cardi and Megan Thee Stallion’s WAP has finally topped the official UK chart, with the pair landing the top spot for the first time. WAP has been taking over the internet recently, with the sexually explicit anthem debuting at number one on the Billboard charts in the USA. However, it took a little longer for Cardi and Meg to reach the top spot in the UK, with the song climbing to number two last week and now officially landing number one. The feat resulted from 65,000 charts sales – including 8.5 million stream and we truly love to see it.

Before WAP, Cardi’s highest chart position had been number five in 2018 with Bruno Mars on their song Finesse. Megan, meanwhile, has followed on from her song Savage, which hit number three earlier this year.

This victory is also one for the HERstory books as the track is now the first female rap collaboration to go #1 in the UK. WAP is also only the second female-led single to reach number one this year, after Lady Gaga and Ariana Grande’s Rain On Me.

Despite the song’s success, Cardi recently revealed her record label was initially worried about putting it out due to the highly explicit lyrics.She explained: ‘When they heard the song they were like, “We really like it, but that song is so explicit.” And I guess they were asking around. Even with YouTube we couldn’t use the explicit version. We had to use “wet and gushy” [to keep] PG-13.

‘My label was really scared to put that record [out]. They were like, “Can you please get another record and you could put Megan on it?” And I was like, “No”.’ Well, obviously Bardi knows a hit when she hears it and made the right choice. Congratulations to these two queens slaying the game worldwide!

Wow so happy to share that WAP just went number 1 in the UK music billboards.We went number 1 in US ,Canada,Australia,New Zealand and now the UK 🇬🇧 . So happy thankful and grateful.Weeks past and the song is still performing amazing.I want to do something special again for the fans this week or next but I don’t know what …..matter fact ….Imma let @theestallion decide….Lets see what she comes up with .AGAIN ! Thank you every one around the world for all the support and all the love ya shown the song WAP WAP WAP! WE ARE GRATEFUL @theestallion