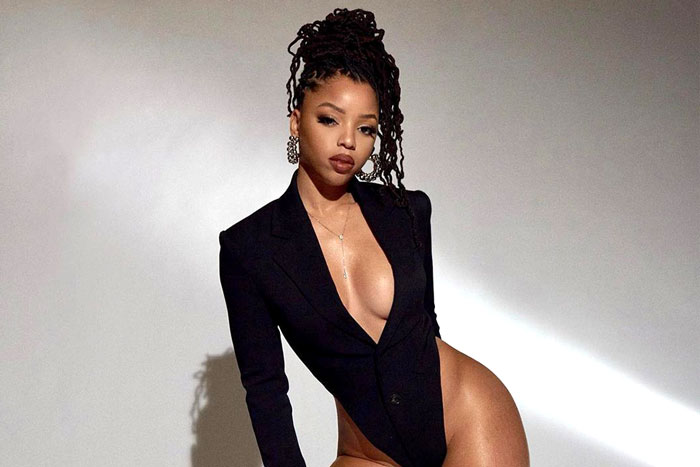 Some people were shocked that Chloe had her cakes out shaking on the Gram.

Chloe Bailey has been social media’s favorite sweetheart recently. Ever since the older half of sister duo Chloe x Halle launched her own social media pages separate from her sister, users have been loving her sultry content and her musical covers. Cardi B even recently praised the songstress for the cover of her hit “Be Careful,” joking that she imagined she had sounded like that when she recorded it back in 2018.

Unfortunately for Chloe, as well all know, not everyone always has good feedback. She’s received some criticism in the past for being sexy in her pictures and videos and most recently when private footage of the 22-year-old practicing the choreography from she and her sister’s single “Do It” surfaced online in just a t-shirt and thong underwear. After receiving backlash from people online, she took to social media to clear up any confusion about what was going on in the footage.

In a since-deleted tweet, Chloe penned, “guys that video was literally from may 2020 of me rehearsing the do it choreo alone in my room having fun wanted to show bts content. i stay up to 3-4 am sometimes just rehearsing in my room.”

I guess we can appreciate Chloe thinking so much of her fans thoughts to offer such an explanation but here’s my question… what if she did want to just shake her ass in a thong on the internet? She’s a grown woman. There are many other women who own their sexuality and do whatever they want with their bodies online, why is there such a fixation on when this young woman does it?

She’s dancing enjoying herself, why everyone so uptight. It’s a thong , it’s 2021 grow up. This what folks comfortable in their skin do. And you got to see a nice peach. So disappointed in humans always bitchin about everything. Sips drink.

Once they grown they gonna do what they want… let her live through what she wants to do.. experience is the best teacher.. but then again the Rihanna’s done showed full nudes.. even Beyoncé recently been showing her ass more.. so her being in underwear isn’t the worst thing

I be laughing at some of the comments on her being herself. She isn’t raising none of yall kids! These ppl do have to grow up and be a damn adult! Some of yall act like u wasn’t listening to Lil Kim & Trina lyrics back in the day 🤣 Let this young lady do her!

guys that video was literally from may 2020 of me rehearsing the do it choreo alone in my room having fun 🤣🙈 wanted to show bts content. i stay up to 3-4am sometimes just rehearsing in my room

Why is ppl doing the most abt this video she is just dancing & enjoying herself I swear folks act like they Neva seen ass befo like it’s literally all over the media as is. It’s just a damn thong grow up ppl pic.twitter.com/D7OwuiHaiM