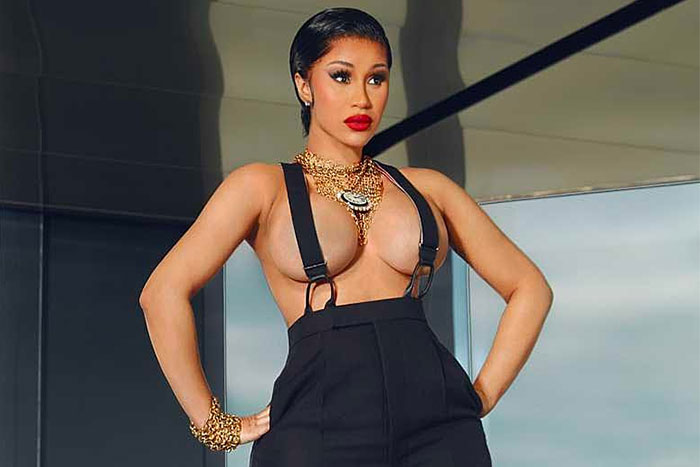 Bardi raises a great point in how the public seems to prefer to place women against one another, rather than understanding it’s okay to respect, celebrate, and/or appreciate more than one woman’s accomplishments.

Stan culture is something else. There legitimately seems to be people out there who believe if you have a preferred “fave” artist, you aren’t supposed to recognize any others, or that you have to compare at all times rather than accepting each artist individually. We see this more so with female artists, there can be thousands of male artists who all sound alike, look alike, and may even have similar names, yet no one compares them. While women in music can literally be complete opposites in terms of artistry, yet there constantly placed against one another as if there’s literally one “spot.”

Cardi B is one artist who has seen this first hand. Since her rise to success, she’s constantly been compared and placed again other women in hip hop. During her recent interview with XXL, Bardi spoke on the topic, revealing that she unsurprisingly isn’t a fan of the constant forced competition at all.

“It’s not that I’m competitive, I just don’t like to be on pace with somebody else. I like running on my own time. I like doing things on my own time and my way. So, I really hate when people pit me against each other, because it just makes me feel like I gotta move like them. And I don’t like moving like nobody else. Even last year, everybody was putting music out, all the females. Nicki Minaj. Doja Cat. Megan Thee Stallion. And people was just saying, “Oh, Cardi is over. Cardi’s over.”

“I hate that shit. And a lot of people do that shit on social media. That’s so fucking annoying. And I hate when I accomplish, people get upset because it’s like, “Oh, well, you accomplished something and this person didn’t.” And it’s like, bro, when somebody else accomplish something, I don’t give a fuck. Like I said, what they eat don’t make me shit. It doesn’t take away from my success. And it doesn’t take away from their success, neither. So, stop doing that. Because that shit throws off the artist’s mind.”

Elsewhere in the interview Cardi even mentioned how during Megan Thee Stallion’s rise into the game many tried to place then against one another, when in reality, they just didn’t know each other yet. “You know, when Megan [Thee Stallion] came out, people for a whole year was like, “I never seen Cardi and Megan together. I know they don’t fucking like each other.” I feel like people kept putting me against her and everything. I was like, Damn. That sucks. Because I like her music. But I don’t know her.”

It’s good to see Cardi publicly speaking out on this topic. It’s exhausting to see how every time one female rapper accomplishes something, you have others coming in policing it as if it’s not supposed to be allowed if their preferred artist hasn’t done it yet and that’s just not how life works nor is it ever that serious. So fans of women in rap, your girl is still a rap queen as well — you can still celebrate her accomplishments without consistently comparing it to the next. There’s literally room for everyone. What do you guys think?