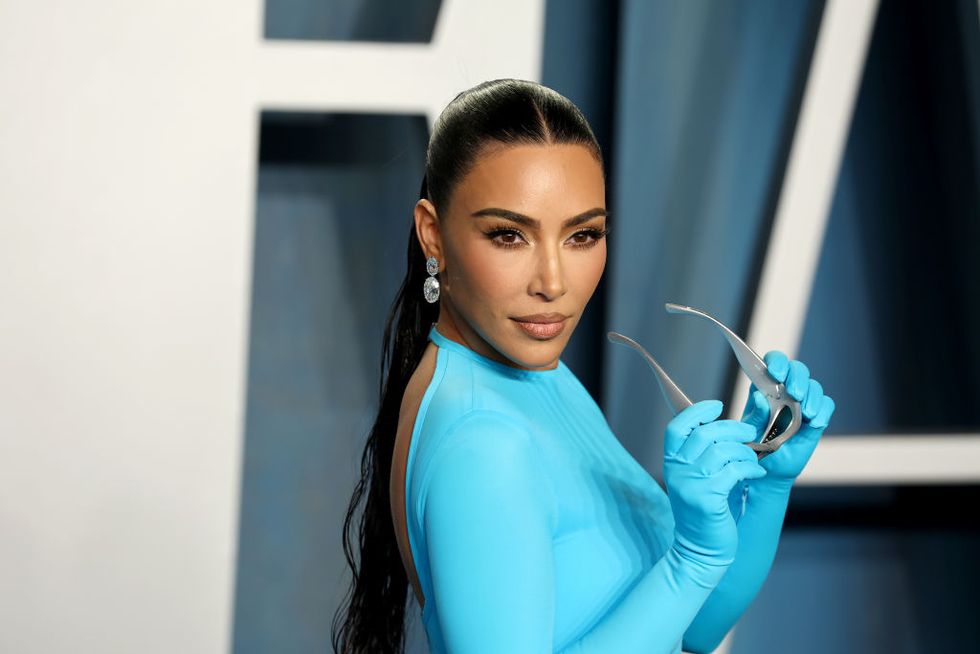 Personally, I don’t think Kim said anything wrong. We all should be out here getting our asses up and working to achieve our dreams and/or desired lifestyles…and despite how some people may feel they initially learned her name, Kim has clearly had to put in work to build and maintain the empire she has today. But you guys should know how it goes now… it’s Kim K. She could be silent and will still remain public enemy.

Kim Kardashian is clearing the air. It’s not uncommon for the mother of four to make headlines, but earlier this month she found herself in some pretty hot water after comments she made about women in business during a Variety profile interview with some of her family members went viral online.

“I have the best advice for women in business – get your f*cking ass up and work! It seems like nobody wants to work these days,” the socialite said at the time. “You have to surround yourself with people that want to work. Have a good work environment where everyone loves what they do because you have one life.”

As PEOPLE reports, during a recently-filmed sitdown with Good Morning America, Kardashian was given a chance to explain herself, and the comments that caused countless critiques to fly her way.

“Well, that statement that I said was without questions and conversation around it,” she told Robin Roberts. “It became a sound bite really with no context. And that sound bite I came off the notion and the question right before which was after 20 years of being in the business, you’re famous for being famous.”

The 41-year-old went on to explain that her “whole tone and attitude changed with the previous question that went into that question about what advice [she] would give to women.”

“The advice that I would give is just that having a social media presence and being on a reality show does not mean overnight success,” she revealed, adding that “you have to really work hard to get there, even if it might seem like it’s easy and that you can build a really successful business off of social media.”

Kardashian told listeners that it definitely is possible for anyone to do, although it will require “a lot of really hard work.” She mentioned that her prior comments were not “a blanket statement towards women, or to feel like I don’t respect the work or think that they don’t work hard.”

“I know that they do. It was taken out of context, but I’m really sorry it was received that way.” Check out the clip from Kim Kardashian’s GMA interview below, and look out for it in an ABC Primetime Special on the famous family, airing on April 6th. Did you see anything wrong with Kim’s original statement?

Kim Kardashian responds to the backlash she received from her comments about women in business:

"It wasn't a blanket statement toward women or to feel like I don't respect the work or think that they don't work hard … But I'm really sorry if it was received that way." pic.twitter.com/6ArwILIEgM