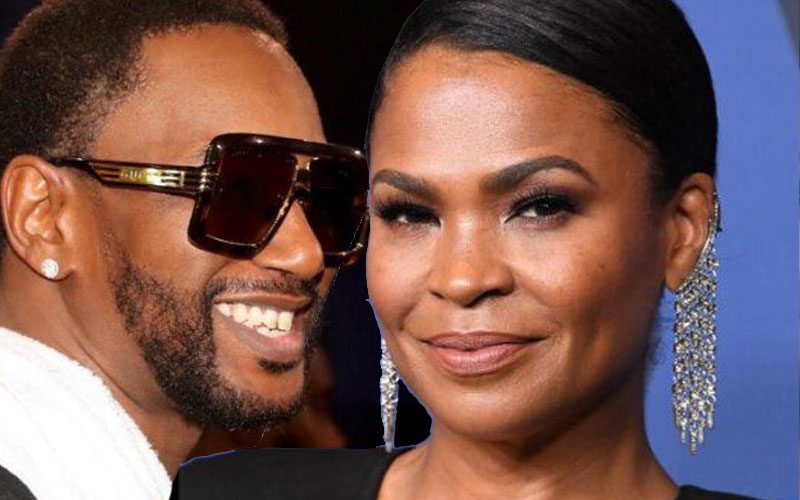 I don’t know why I immediately heard “Hey Ma” in my head, but Cam’ron sounds exactly like one of those men who talk a good game about how they’ll never do you that way.. with all intentions of doing you exactly that way. Run, Nia.

As the beautiful Nia Long continues to process the drama that’s overtaken her life amidst her husband, Ime Udoka’s cheating scandal, her DMs have been flooded with messages from not only concerned friends and fans, but also potential suitors who are hoping to catch her eye in her time of despair.

One of those would-be lovers is none other than New York’s own Cam’ron, who shared a screenshot of the lengthy message he penned to the actress on Sunday (October 16). “Hey stink,” he began.

“I was giving you some time to yourself till I reached out. Your perseverance as a strong Black woman through this turbulent time has been something to behold. You shouldn’t be taken advantage of and exploited as you did nothing to deserve this. Especially all over these sports networks. You’re bigger and better [than] that.”

The 46-year-old continued to gas his crush up, writing, “You’re a queen, and by the way, I’m a king. Together we can achieve the greatness we were both [destined] for as a couple.”

“(Une vie a Vivre) that means ‘we have one life to live.’ Pardon my French lol,” he added.

According to Cam’s message, he felt inspired to message Long while he was sitting “sipping gazpacho and watching ‘The Best Man,’” because he believes that he’s the best man for her.

“Hope to hear from you soon my mi amour – or should I say, ‘Ni-amour,’” the rap star joked before adding, “I leave you with this: ‘The most difficult thing is the decision to act, the rest is merely technical.’ Until the next time the sun rises and moon falls.”

When sharing the post to his feed, the father of one revealed that he sent the romantic DM a week ago, but has yet to receive a response from the mother of two. Take a look at it for yourself. Do you think Nia should give Cam’ron a chance?