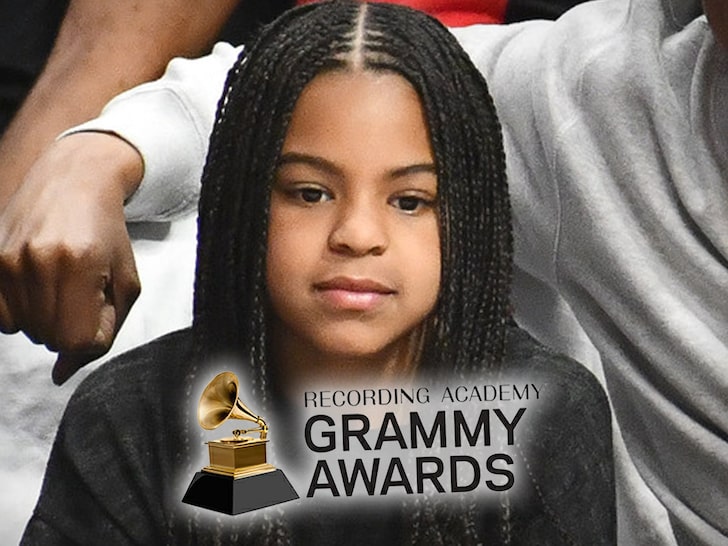 I think we all knew that being the seed of two of the biggest artists of all time, combined with the fact that we’ve already seen that she’s full of personality, Beyoncé and Jay-Z’s oldest daughter Blue Ivy Carter was born to be a star. Well, Blue may be stepping into the spotlight earlier than most of us would have expected as she just officially became a Grammy winner.

The Grammy awards doesn’t air until tonight, however a few of the categories are having their winners announced prior to the live telecast and it turns out Blue gets to cheer on her mommy tonight knowning that she’s a grammy winner herself. At nine years old, Blue has snagged her first Grammy win in the category of Best Music Video for her feature on her mom’s track “Brown Skin Girl,” in which she can be heard singing the songs adorable intro. The track beat out others in the category like Future, Anderson .Paak, Harry Styles and Woodkid.

This victory actually makes Blue Ivy the second youngest Grammys winner in history. The title of the youngest is actually held by a country group called The Peasall Sisters who won a trophy back in 2002, when one of the sisters was just one year younger than Blue, eight years old. When the nominations were first revealed in November, Blue actually wasn’t listed under the nomination which angered many fans. However, her name was not on the original list of nominees, but was added to the Recording Academy’s website later..and here we are!

It’s not the first time Blue Ivy has been recognized for her role in the song and its video. She, along with Beyoncé, Saint JHN and WizKid, won the Soul Train Award for video of the year last month, and also took out the Outstanding Duo, Group or Collaboration award at the NCAAP Image Awards in February.

Meanwhile, Beyoncé is nominated for nine awards at the Grammys tonight – the most for any artist this year. She has been confirmed not to appear, however, with the show’s producer saying she had chosen not to perform, despite leading the nominations.

Congratulations Blue! We truly love to see it.

Blue Ivy wins her first ever #GRAMMYs award. She is the second youngest winner ever.