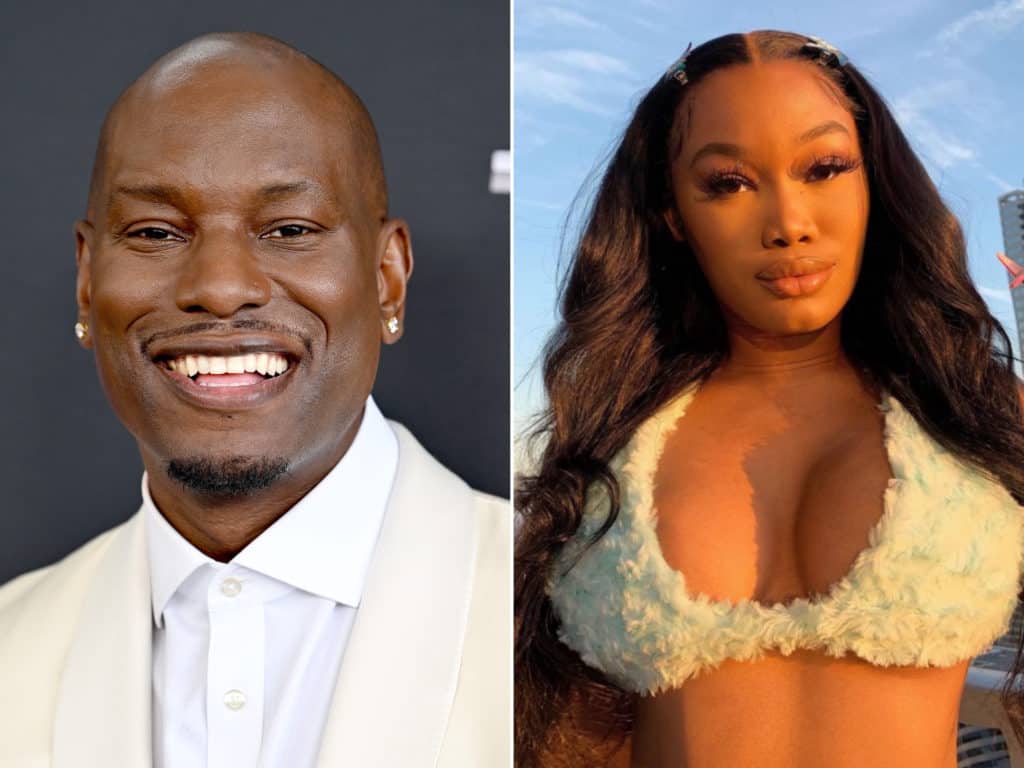 For some reason, Tyrese’s girlfriend just posted a video of the actor shaving her pubic hair on Instagram…

Certain things are just meant to be kept off of social media, and this is very much one of those things. While Tyrese Gibson and his girlfriend Zelie Timothy likely intended to show off their love for one another by sharing this video on social media, the strategy was just too cringe-worthy for the world to ignore how strange it all was.

Over the weekend, Tyrese and his girlfriend Zelie spent some quality time together… and I’m talking QUALITY time. On Zelie’s Instagram story, she posted a video of herself with her legs up in the air as Tyrese grabbed a razor and shaved her pubic hair. “I will never ever let go of my King,” she wrote on the video. “But does your man shave you though?”

During the clip, Tyrese unknowingly sticks his tongue out at parts and Zelie admits she had her mind on something else as she was getting shaved. She also clarified that she generally gets waxed down there but she won’t turn down her man when he wants to take care of the job. “I get sugar waxed guys LOL,” she explained after people started sending her messages about the video. “But I also have a man that loves to shave me. I don’t get any razor bumps. My coochie is okay LOL. Thanks for wondering if it’s ok.”

Of all the things I probably could’ve went my whole like without seeing, this might be at the top of the list. Do you shave your partner?Why do you think they posted this for the world to see? See what people are saying below.

Okay.. so, allowing your partner to shave your intimate areas displays an immeasurable amount of trust. I just don't quite understand why it needed to be posted, but I mean hey 🤷🏾‍♀️😂 Also, in a very real way, is Tyrese okay? Like, son seems to be crying out for help lately. 🥴🥴 https://t.co/Y2BvvxGxyO

Shaving your girlfriends pubes on IG is a all time low for Tyrese 😭 pic.twitter.com/A9AdGHZBXW

I’m not as concerned by Tyrese wanting to shave her, it’s the fact that she decided to record it all THEN post it to her story? Why are you showing us ma’am?? 💀

Have we all decided to ignore Tyrese shaving his woman’s coochie on IG?

Vin Diesel when he saw why Tyrese was trending pic.twitter.com/nAYmce8zJ0

Y'all, my insomnia did not prepare me for the things I just saw Tyrese do with his gf. 😫🥴 pic.twitter.com/yc1BBbPtOE

Nah Tyrese really shaved his girls coochie on IG and hosted an Oscar viewing party in the same night and didn’t even have the decency to change his shirt. Nasty with that one. A menace to society.

It’s so crazy to me how Tyrese went from vowing to win his ex-wife back to having a girlfriend who calls him her king, all in the span of a week pic.twitter.com/Z4Bcz39QhQ

We should’ve known THEN that Tyrese was going to be annoying and inappropriate. The Universe always provides the signs. 😂 pic.twitter.com/7eBZBoGSG1

Tyrese's publicist this morning when he sees why he's trending pic.twitter.com/bbFdnSU4cD