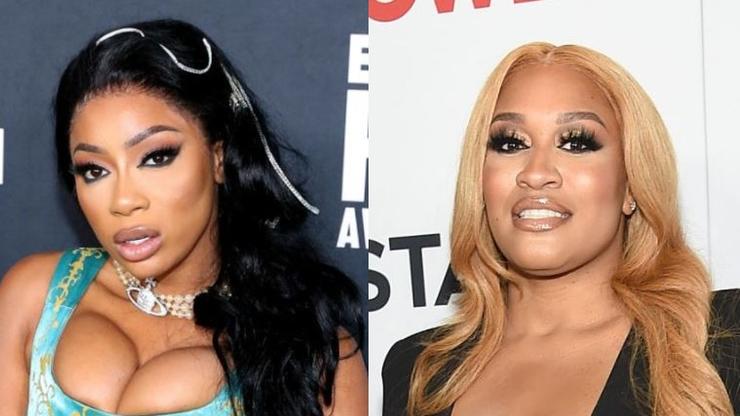 Ali’s “blog” reshared a post made by Tommie’s teen daughter & has Tommie ready to bash Ali’s rather large back into the next locker.

The relationship that Tommie Lee has with her daughter is a sensitive one. Last year, the mother-daughter duo was at odds and it all seemed to spill over onto social media. Samaria was 16 when she revealed that she was pregnant and claimed that Tommie tried to trick her into having an abortion. The reality star returned with an explanation, stating that “as a mom, I’m disappointed,” also including that she was a teen mother and she just wanted her daughter to have options.

For Mother’s Day, Samaria reportedly shared a photo of herself with her grandmother and in the caption, she wrote, “You’ve seen here more than the people that brought me on this earth.” OnSite, a platform which Nicki Minaj’s former guard dog Rah Ali utilizes to taunt her foes while masking it as her “staff,” reposted the message, but Tommie didn’t appreciate it. “Rah you really a weird ass b*tch,” she immediately commented.

“How low you will go to seek a like and a comment to continue to tie me in to this bullsh*t the remains this is a child but somehow it feels like I’m talking to one now you delusional miserable b*tch,” Tommie continued. “And to think you use to hit me everytime I was in Ny to eat wit cho washed ass b*tch don’t forget I’m on all the bullsh*t b*tch I play with kids too hoe thread lightly corny.”

“I see why nik or nobody f*cks with you side note b*tch you will never be Wendy and that’s sad that that’s the lane your in watch ya self b*tch see you soon!” Lee added. She made sure to tag Rah’s IG handle in the message and noted that she doesn’t want to hear anyone say that the post was made by one of Ali’s employees.

“OnSite” which if we’re being honest was just Rah, responded to Tommie by writing, “Tommie has responded to a Mother’s Day post her daughter posted to her grandmother. We reposted it with the most unbiased caption, and yet here we are. It’s unfortunate that in urban media, many of our entertainers think they can bully and intimidate us for reporting the news our followers care about.”

While I will say that these days that often can be the case where bloggers and entertainment media personalities get a bad rep for simply doing their job, that honestly isn’t the case for Rah. She was never a blogger of any sort and simply started this as a way to gaslight her foes in her head only to later hide her hands. Tommie just may be that one to give her the smoke she’s requested, however. Check it all out below. Thoughts?