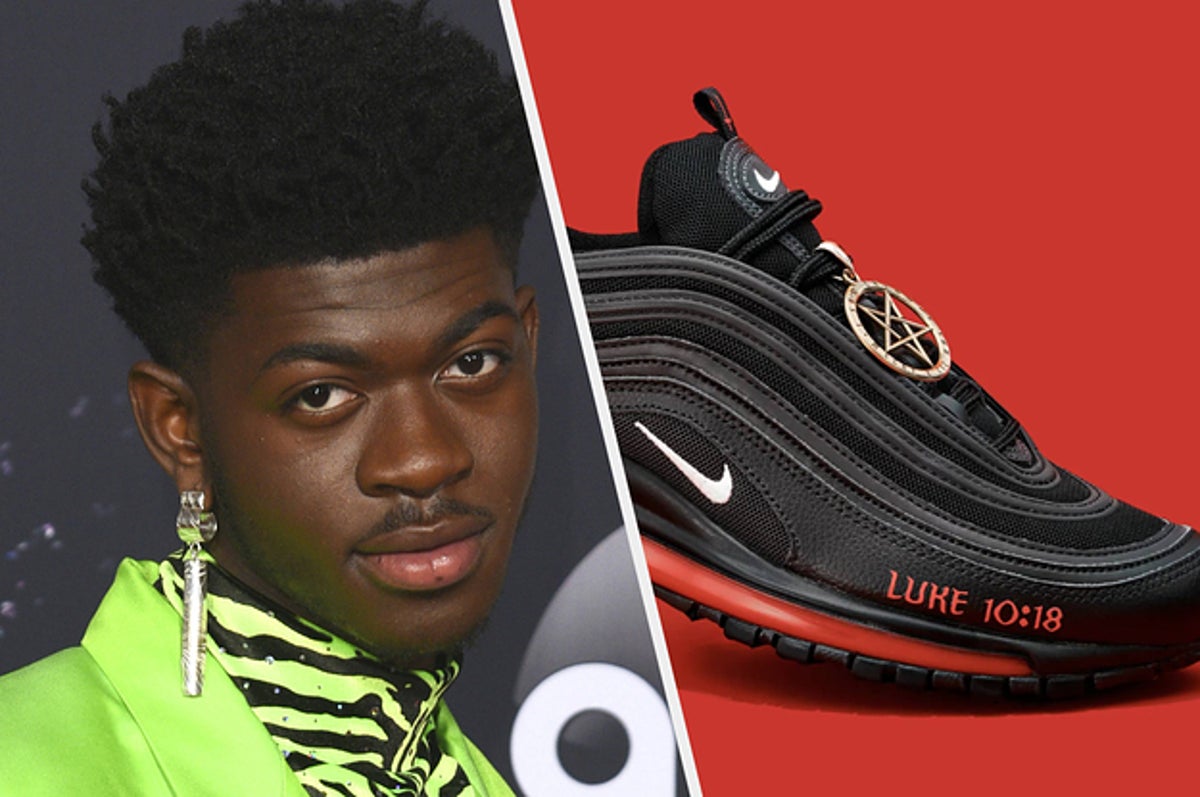 At this point, Nike is prepared to literally sue the hell out of Lil Nas X and MSCHF.

Since the release of his single ‘Montero (Call Me By Your Name), Lil Nas X has been playing the public like a fiddle. He managed to get folks to react exactly the way he wanted them to with outrage and battles over the song’s video which is basically being set up to take the song to the top. However, does Nas have a different type of battle on his hands that could actually take some of that money out of his pocket?

Nas’s “Satan Shoe” with MSCHF that was released along with the song has been catching a lot of heat over the last couple of days. While the shoe itself is a Nike Air Max 97, MSCHF has taken the sneaker and turned it into a shoe from hell. The midsole has a drop of blood inside of it and there are various references to the devil. Yesterday, the sneaker was sold for a whopping $1,018 USD and 666 pairs were created.

Now, however, Nike is suing MSCHF for trademark infringement, and they are seeking damages, according to TMZ. Nike has stated they have no affiliation with the footwear and they believe MSCHF is misleading people into thinking it is a certified Nike collab. “We do not have a relationship with Little Nas X or MSCHF,” Nike said in a statement. “Nike did not design or release these shoes and we do not endorse them.”

As for Lil Nas X, he is keeping the mood light, as he took to Twitter with a couple of Squidward memes about what it’s like being sued by Nike. Clearly, Nas X prefers to laugh through the pain.

me after the nike lawsuit pic.twitter.com/XVLjHlSrru

The Nike legal eagles have never messed around when it comes to copyright infringement and they aren’t stopping now. Intellectual property has always been important to the brand and whether it is Sketchers or MSCHF, they have no problems going forward with a lawsuit.

It’ll be interesting to see how this one turns out. Do you think Lil Nas and MSCHF should have to pay up?