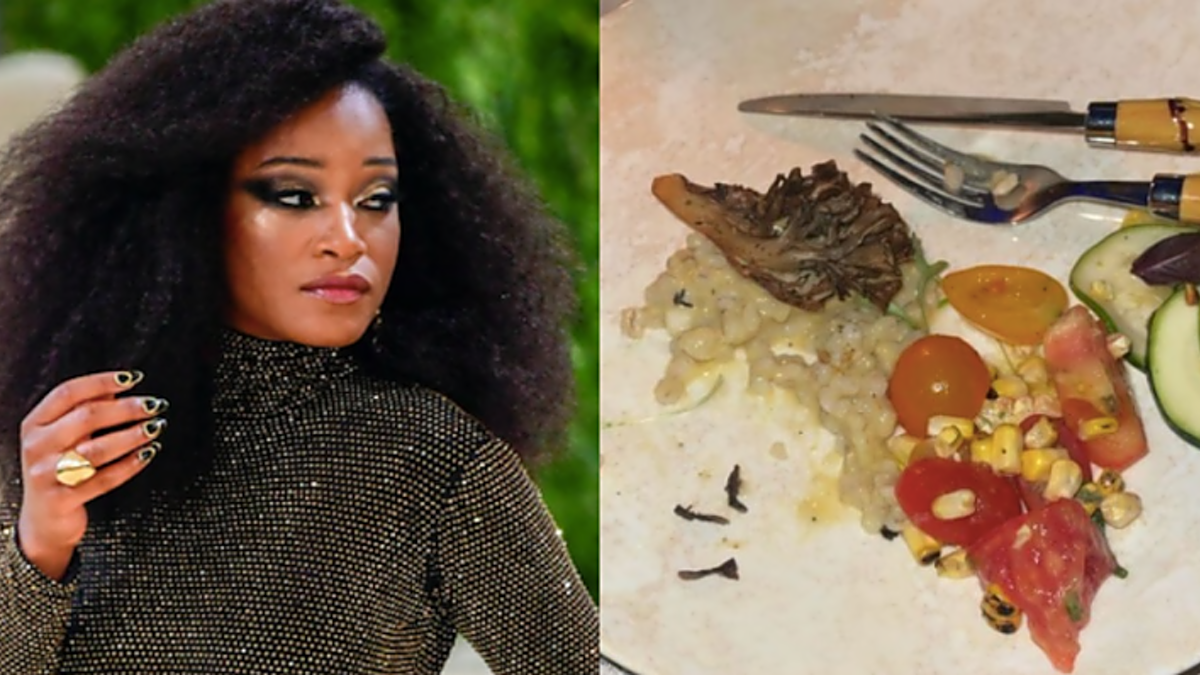 Now y’all know we can’t go to these fancy events and expect to see a spread like we’d see at one of OUR fancy events. Keke had a Kiki about her little “meal” at the Met.

The Met Gala is the premiere event for celebrities across the globe. The biggest A-listers in the world all show out in their most elegant and extravagant looks and give us, the ones at home on the couch, the biggest sense of FOMO anybody could ever feel.

2021’s Met Gala which was moved from its customary first Monday in May to last night, the second Monday in September, did just that. The attendance list was impressive, the looks were incredible and celebs including Rihanna, A$AP Rocky, Kid Cudi and Lil Nas X showed up and showed out.

But Keke Palmer who, alongside Broad City’s Ilana Glazer, was hosting the livestream of the event on multiple of Vogue’s platforms, took to Instagram to show us a side of the Met Gala we don’t get to see. Posting a picture of some limp-looking vegetables and risotto, Palmer said “This why they don’t y’all the food,” with a tongue-out crazy-eyes emoji. She made sure to clarify that she was “just playinnnn” but the eyes emoji she dropped at the end of that “playinnnn” and the way that plate looked might tell a different story.

The Met Gala, which comes with the hefty price tag of $30,000 per ticket, is obviously not known for its delectable food. However, for a night and meal that costs that much money, and is prepared by multiple Michelin star chefs, it should look a little better than that, right? It’s tough to say much when you’re sitting at home watching the world’s biggest stars through your phone screen but hey, overly-wilted vegetables are overly-wilted vegetables.

Are you eating that Met Gala food or just focusing on the fits?