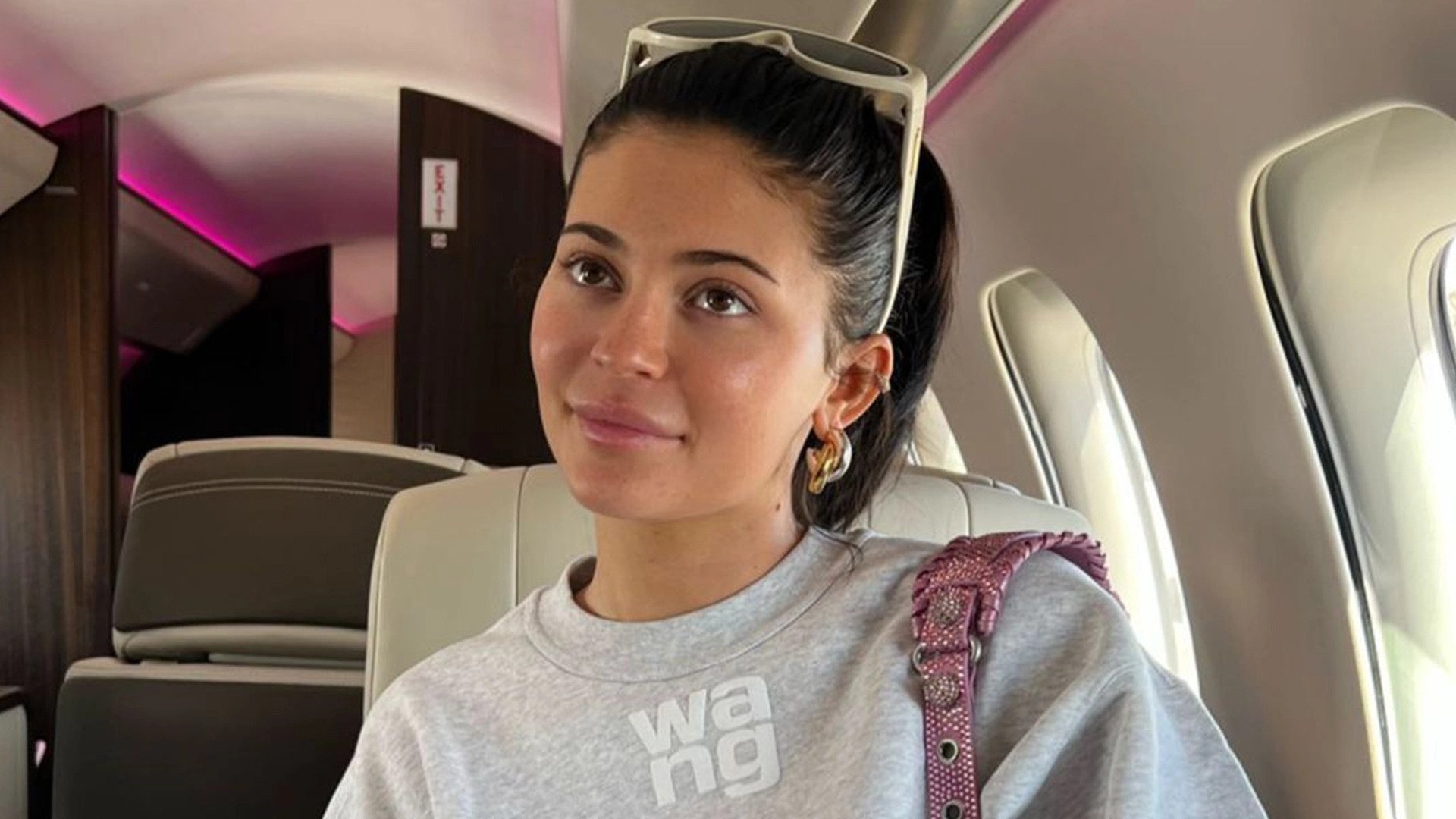 Honestly, I really could care less about what anyone else decides to do with their money. Regardless of how wasteful it may seem, it’s theirs.

Another day, another opportunity for the internet to drag a Kardashian-Jenner. Though most of the headlines surrounding Kylie Jenner as of late have been positive ones about her family with Travis Scott, this past weekend, the beauty mogul was faced with some major criticism online over what some have deemed extravagant use of her private jet.

As per Page Six, the mother of two was exposed by the Twitter account @CelebJets, which frequently maps out the flying plans of the biggest stars. Last Tuesday, Jenner reportedly flew from Camarillo, California to Van Nuys in the same state, and according to the account’s calculations, the estimated flight time was just a few minutes as opposed to a road trip that would take several hours.

A few minutes on a plane to get to your destination does sound like a pretty sweet deal, though it was later clarified that the reality star’s actual flight time was 35 minutes there and approximately 12 minutes on the way back.

It’s been noted that @CelebJets will usually list the pounds of jet fuel used, the cost of said fuel, and the amount of CO2 emissions, though this brief trip didn’t warrant the same kind of information.

As per usual on Twitter, users came across the posts about Jenner’s quick trip and were quick to rip her apart. “Can’t wait to see Kylie Jenner post environmental awareness pics on her stories as if she isn’t single-handedly doing more damage to the environment than most of us with her 3 min flights,” one person vented.

“Every time a paper straw begins to dissolve into my drink, I think about how Kylie Jenner uses a private jet for 3 min flights and I get mind-numbingly angry,” another added.

You may remember Kylie was similarly criticized in 2019 when she picked up her big sister, Kendall, for a dinner date using her jet. Take a look at many of the responses below and let us know what you think. Do people really have a reason to be “upset” about this or are they just doing a bit much?

Europe is on fire, meanwhile Kylie Jenner is taking 15 minute trips in her private jet. I could recycle everything, buy all my clothes second hand, compost and grow my own food for the rest of my life and it wouldn’t even begin to offset the footprint from one of her flights.

Can people not comment "goals" under Kylie Jenner's very tone deaf picture about taking out a private jet for a short trip?! Like what is goals about that? Polluting the earth and not giving a damn about our planet?! I swear when they say Eat the Rich, they mean the Kardashians.

You don’t have to use the climate crisis as a reason to be mad about Kylie Jenner’s 3 minute private jet trips. You can just say “in a time where many people are struggling to afford basic needs, I’m frustrated by how unaware and out of touch with reality this family is”

If a rapper posted his and hers private jets he’s seen as a baller but when Kylie Jenner does it she gets attacked?? Make it make sense

I hope Kylie Jenner posts another picture on her IG entering her private jet and captions it “stay pressed” pic.twitter.com/FFRcjDkCkc

During some of the hottest days on record all over the world, celebrities like @KylieJenner are taking 3 MINUTE private jet flights to avoid 20 minutes of driving. She pollutes in 3 minutes what the avg person does in 3 weeks