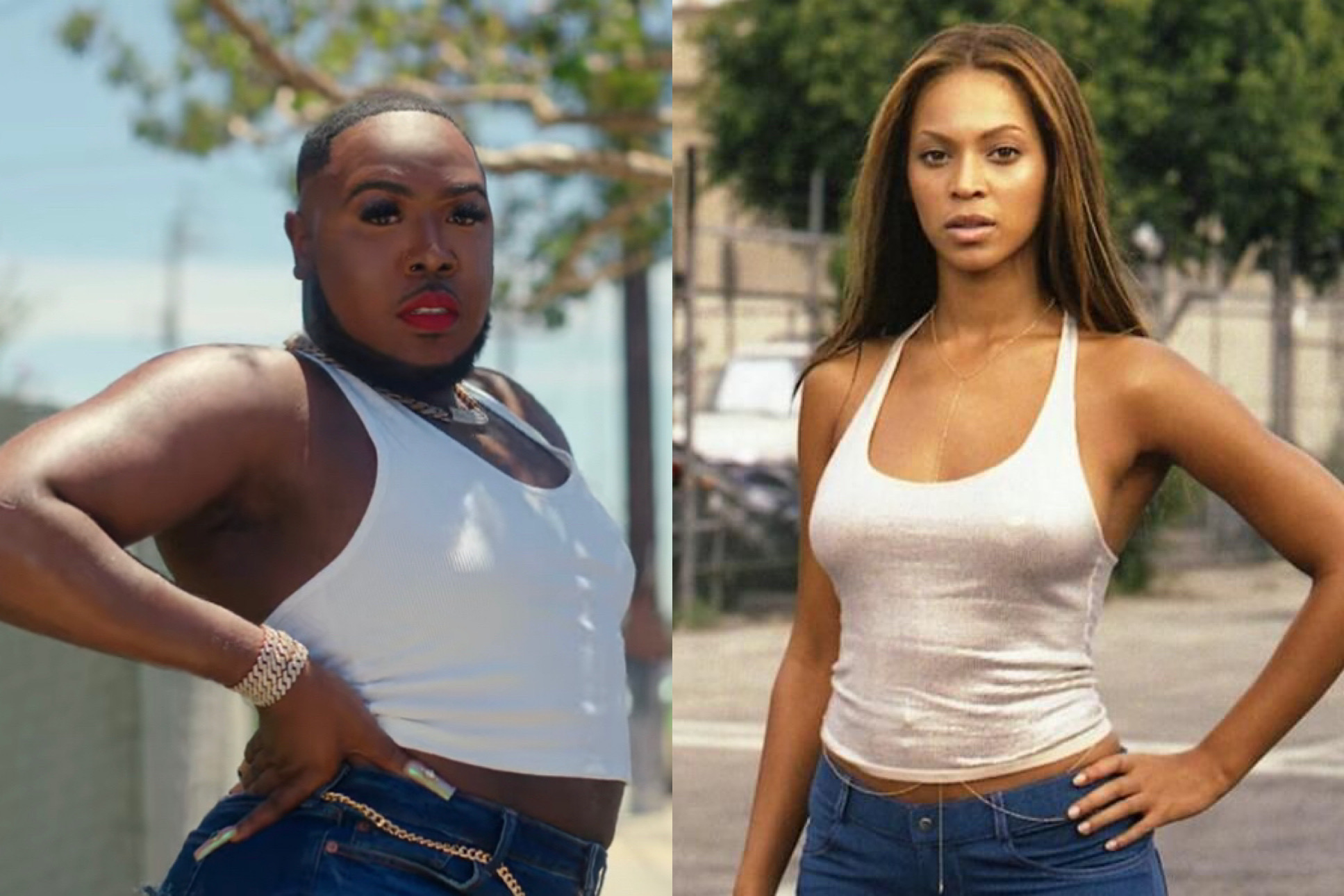 Despite having a tussle or three with the Beyhive just a few weeks ago, apparently that isn’t stopping Santana from showing the Queen Bey a bit of homage in his latest clip.

It’s about that time of year when artists begin dishing out singles that they hope will top the charts as a song of the summer, and a good twerk anthem can certainly capture attention. Santana put in his bid just a few weeks back by dropping “Booty” which featured fellow southern rapper, Latto.

When Santana first teased “Booty,” he received wide praise because fans immediately noticed that the track seemingly sampled Beyoncé’s megahit “Crazy In Love.” Although it was believed that Bey cleared her track for the Florida star, Santana sampled the Chi-Lites’s “Are You My Woman? (Tell Me So)”—the same song sampled by Bey & Co for her classic.

However, that didn’t stop Santana from channeling his inner Bey in the newly released video for the nostalgic track. In the video’s opening Santana struts down the street in his white tank top and booty shorts, obviously giving a nod to Bey’s now iconic opening scene in “Crazy in Love.”

It’ll be interesting to see how that’s received considering Santana was caught up in quite a bit a bit of controversy just a few short weeks ago when fans uncovered past tweets of his apparently refrencing Blue and Jay’s child Blue Ivy. Perhaps a “Crazy in Love” homage will suffice in calming down the Beehive. Take a look at the video below and let us know what you think. Are you here for it?