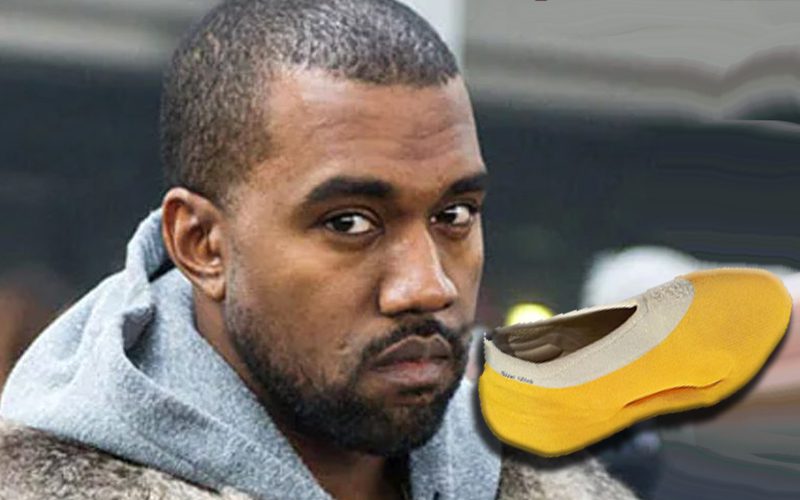 Kanye is definitely no stranger to making questionable choices, this certainly can also pertain to his fashion choices… that people end up wearing anyway.

As with most of Kanye West’s new sneaker silhouettes, the brand new adidas Yeezy Knit RNR in a “Sulfur” colorway is being dragged to bits on social media right now, with fans comparing the shoes to banana peels, among other things.

Over the years, Kanye West has become one of the leading forces in the sneaker world, leveraging his fame and artistry into a billion-dollar enterprise with adidas, which has cemented his place in history as one of the most influential men in streetwear, sneakers, and pop culture as a whole. The Yeezys are some of the most popular shoes ever created and by now, we’ve seen dozens of different colorways, which all manage to sell out. As with the latest Yeezy Foam Runners, the brand new Yeezy Knit RNR has officially been unveiled as it’s dropping for the first time, and sneakerheads aren’t entirely sure if they love or hate them.

Previously, the same sneakers were compared to “Mickey Mouse” shoes on social media.

It seems a lot of people think the kicks look like banana peels too, whereas some have pointed out that they look like the boot covers they give you at the dentist to ensure you’re not dirtying up the floor.

Take a look at the new Yeezy Knit RNR below along with a few reactions and let us know what you think. I’m not a fan but I do know that this isn’t the first time folks clown Kanye’s new designs when they premiere and we then we later see them sell out and worn everywhere.

Ah shit i can see my whole fit now pic.twitter.com/DtOxerjSFF