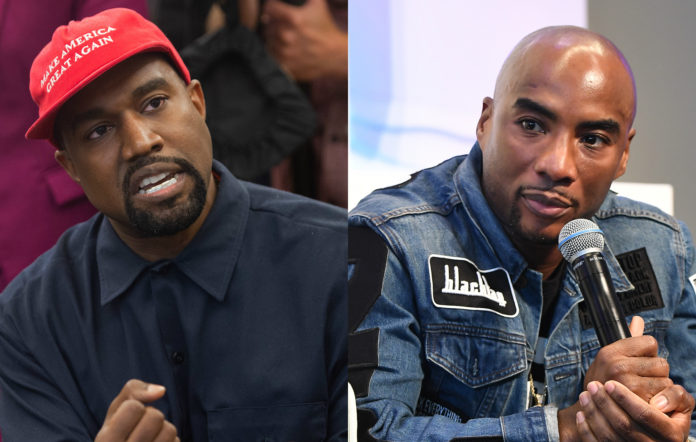 Though he probably said it in the harshest way possible, I believe what Charlamagne meant is that with all Kanye is going through currently, I would just hope he has some type of support around him and seeks help because ultimately we don’t want to see anything bad happen to him.

This last year has been an undeniably difficult one for Kanye West, though in the past week alone he’s taken more damage to his bank account and list of potential collaborators than ever before, with brands like Adidas, Balenciaga, and GAP all announcing their parting of ways him.

As the world continues to ponder what lies in store next for the rapper, several people have spoken out expressing great concern for Ye and the nature of the moves he’s been making as of late. Most recently, it was Charlamagne Tha God who shared his thoughts on the Brilliant Idiots Podcast earlier this week.

“I hope that this is what helps him to go find some real healing because clearly, he’s hurting. I don’t see this ending well,” The Breakfast Club host shared with Andrew Schulz during their chat. “I feel like he’s moving like a person who doesn’t feel like he’s going to be here much longer, you know what I mean?”

As Hollywood Unlocked reports, some Instagram users were left upset by Tha God’s comments, including Brooklyn Nets player Kevin Durant, who dropped by DJ Akademiks’ comment section to share his own thoughts under a clip of the media personality’s own controversial take.

“That’s a nasty convo these men are having,” the 34-year-old athlete wrote.

Kevin Durant calls out Charlamagne for putting death in the air on Kanye West 😔 pic.twitter.com/fYPQ8NZkzx

Just last week, Charlamagne labelled West as a “master manipulator” on another episode of Brilliant Idiots. At the time, he discussed at length the time that the recording artist allegedly called him about his ex-wife, Kim Kardashian’s relationship with 28-year-old Pete Davidson – infamously known for his “big d*ck energy.”

“My wife is out here f*cking a white boy with a ten-inch penis, and you won’t help me?” the South Carolina-born radio host claimed the Yeezy founder yelled to him over the phone.

Take a look at the clip and let us know your thoughts. Do you think Kanye is on a dangerous path or do you think he knows exactly what he’s doing?