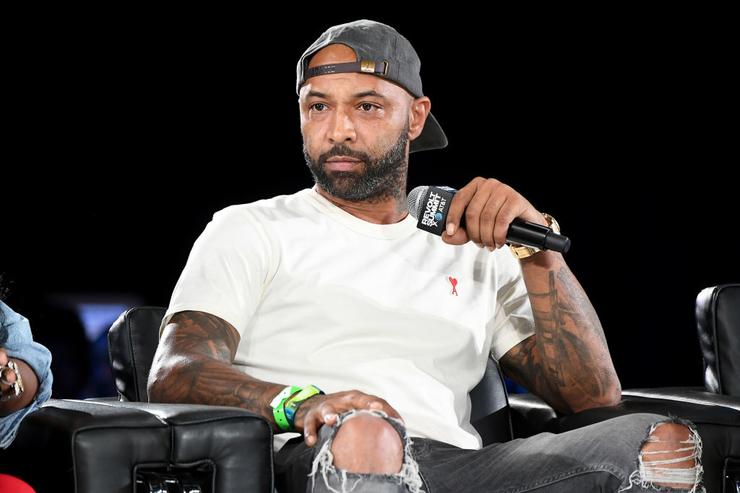 Joe Budden was once accused of giving his dog hand jobs and kissing it in the mouth, so we’ve known that he was pretty open sexually.. but is the internet taking a joke he made during his podcast a little too seriously?

You’ve probably seen a ton of headlines quickly sweeping social media, claiming that Joe Budden has officially come out as bisexual on his podcast after claiming that he is sexually attracted to both men and women…. however, if you watched more than that 20 second clip that’s making the rounds, then you know that this may have actually been taken way out of context.

The shocking statement had hip-hop fans reacting all over social media, sharing their thoughts on Budden’s alleged coming out. However, this is yet another example of why you can’t trust everyone’s headlines because if you listen to the full podcast convo in full, you’ll get that Joe was being sarcastic while discussing the LGBTQ organization that recently deemed rapper DaBaby as “forgiven.”

During the episode Joe and his co-hosts questioned how this organization felt that they spoke on behalf of the entire gay community which prompted Joe to joke “who can I make a phone call to? How do I share this news?” basically saying that he’d be “down” to say he’s apart of the community in effort to avoid ever having to be “cancelled.”

The internet is currently still running rampant with the cut down 20 second clip but you can view that along with the full podcast below (the conversation starts at the 52 second park) for full context.