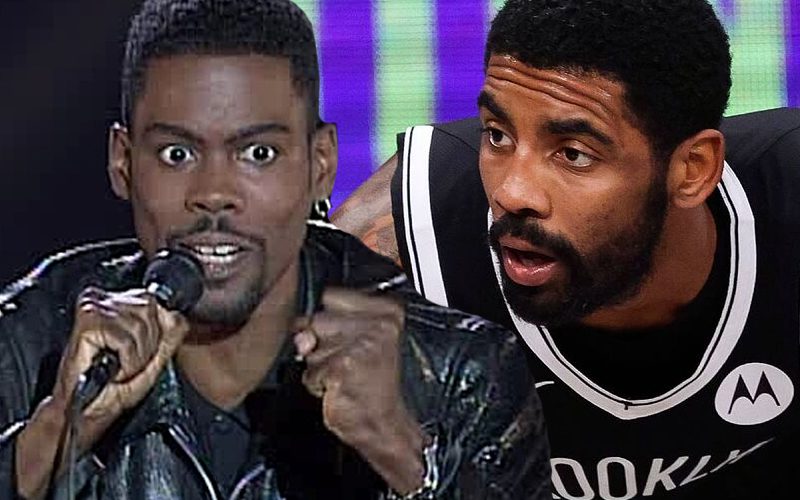 Personally, I don’t really believe it’s my place to speak on what people decide to do with their bodies and for their health, but hey, I guess in these times everyone’s going to have an opinion.

While in Kyrie’s hometown Brooklyn last night (Nov. 3), Chris Rock slighted Irving for this stance while hosting an NFT event. After hearing cheers when he asked if there were any anti-vaxxers at the venue, Rock responded humorously: “You f**kin’ dumb Kyrie motherf**kers!”

The event Rock was helping to host was Ape Fest hosted by the Bored Ape Yacht Club, a members only event in New York for NFT enthusiasts. The fest hosted marque performers last night at Brooklyn Steel including The Strokes, Quest Love, Beck and headliner Lil Baby.

Rock is not the first celebrity to rip Irving on his anti-vaxx stance. Stars like Shaq, Howard Stern and Magic Johnson have publicly criticized Kyrie, while Chris Brown actually praised him for his resilience.

Irving’s decision to refuse a COVID vaccination is so impactful because people employed in New York City are not allowed to work indoors in any capacity without being vaccinated, according to local mandates. This includes athletes, so Irving will be sidelined from playing basketball until he receives a vaccine or the mandate is lifted.

Irving is a key piece to the Brooklyn Nets’ big three including Kevin Durant and James Harden. Without him, their pursuit for a championship is certainly made much more difficult, but he has remained firm in his stance.

While Rock was likely speaking in a joking manor, he still revealed how he feels about Irving and others who have refrained from being vaccinated against COVID-19. Take a look at it below and let us know what you think.

Chris Rock was at Brooklyn Steel last night to introduce The Strokes…but first he roasted anti-vaxxers and gave everyone a new name for them 🤣pic.twitter.com/Aa6dhg4arg