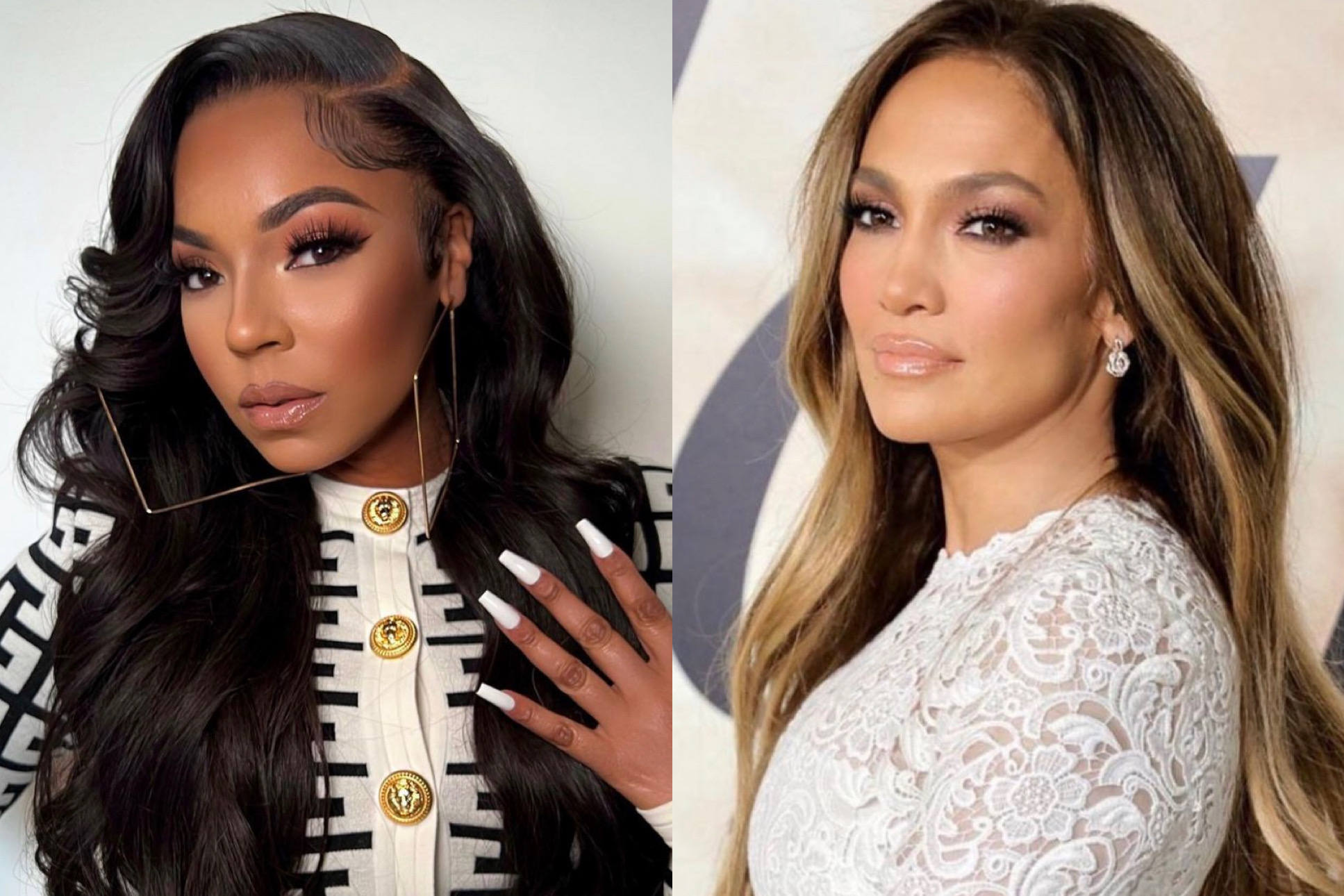 Contrary to popular belief, it’s actually only two songs that Ashanti penned for Jenny from the Block (“I’m Real” and “Aint It Funny [Remix]”) where her vocals still remain after demo’ing the track, but nonetheless the internet will never let it go and Ashanti appreciates the credit since it didn’t happen on the actual song.

For years, Hip Hop and R&B fans have noted Ashanti’s contributions to Jennifer Lopez’s music career. The singer has long been an established icon in the music industry and has been instrumental in penning hits not only for herself but for several of her peers, as well. There was a time when J. Lo dipped her toes into the Hip Hop and R&B arena, but not everyone is familiar with Ashanti’s addition to hits like “I’m Real” and “Ain’t It Funny.”

Many people found out these music history facts for the first time when Ashanti appeared on Verzuz with Keyshia Cole. In a recent interview with Metro UK, Ashanti spoke about finally feeling like she received credit.

“You should always care about credit for what you do regardless of what industry you’re in, it’s really important to give credit,” she told the publication. “Especially nowadays because things are so smoke and mirrors. It’s not that it’s frustrating… the word has been getting out there over the past couple of years and I’m grateful so a lot of people know and they were surprised but it’s more of a ‘yeah, grateful that you know.'”

“It’s weird because obviously you get frustrated for not getting credit or not being properly labeled but then that turns into something you get admired for.”

Aside from speaking about receiving her flowers for J. Lo’s hits, Ashanti also discussed maintaining a close friendship with longtime collaborator Ja Rule throughout the years.

“It’s the weirdest thing, we have always had instant chemistry and we may not see each other for a month or so and then we may not even see each other before the show, but when we get on stage, it feels like we’ve been hanging out the whole day,” Ashanti explained. “It’s crazy because it’s always been like that from the very first we met, it’s the chemistry and I think it’s so rare and special, and important to have that. It’s the reason we’re able to, 20 years later, still rock with each other and have that passion on stage because you can see it and feel it.”

Take a look at the interview below and let us know what you think. Is J.Lo wrong for never acknowledging Ashanti’s contributions to her tracks or is it just standard industry practice?