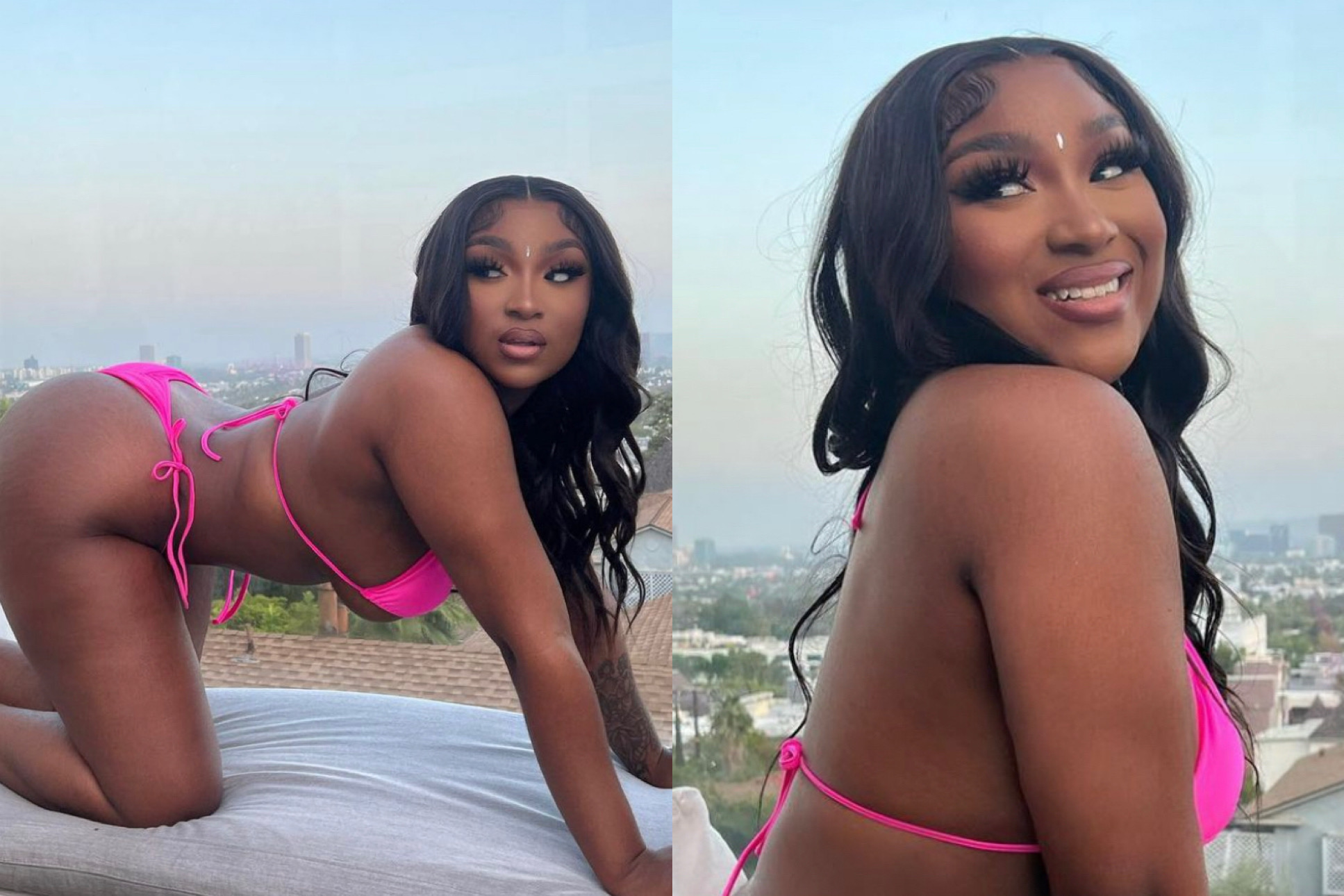 You know what, I really don’t pay much attention to Erica so I didn’t notice the speculation that she went and got her body done, but good for her. Y’all know I’m all for it.

Erica Banks is ready for Hot Girl Summer…see what I did there? Earlier this week, the 23-year-old “Bussit” rapper dropped off a quick video recap of her recent trip to Los Angeles on Instagram, revealing that while she was on vacation, she went all out and got her bawdy-awdy-awdy done.

The clip starts with footage of Banks kicking back by the pool, cheersing her drink with a friend who’s also smoking a little something. “I’m in LA so duh, I had a drink to pop it off,” her voiceover begins, “wouldn’t be me if I didn’t.”

Next, we see more picturesque views before she tells us that there was “a little art gallery” in the lobby of her hotel while showing off the colourful pictures. “The shower was giving Robin Thicke, just like me,” she continued, filming the various shampoo and conditioner bottles in front of her.

“Yes, I got my body done,” Banks confirms as the camera cuts to her in a clip of a tiny pink bikini. “Don’t ask what I spent cuz it’s four times your rent,” she teased, laying down on a chair by the pool with a huge grin on her face and a bright green Balenciaga bag by her side.

“Oh my God, she gave in and got her body done,” the Texas native said, raising her voice and seemingly making fun of anyone who throws shade at her over her decision to get work done.

So far, many of the comments appear to be praising Banks’ body. Which I agree, she looks, it’s natural and not overdone. However, some couldn’t help but point out that her video style is incredibly similar to what Megan Thee Stallion has been doing lately, prompting some to accuse her of copying Thee Hot Girl Coach.

Take a look below and let us know what you think.

lmfaooo not erica banks blocked me for calling her Meg Jr. with her “newly” found voiceovers 😂💀

I kinda want Megan to narrate my life. https://t.co/JGrKsvgdnJ