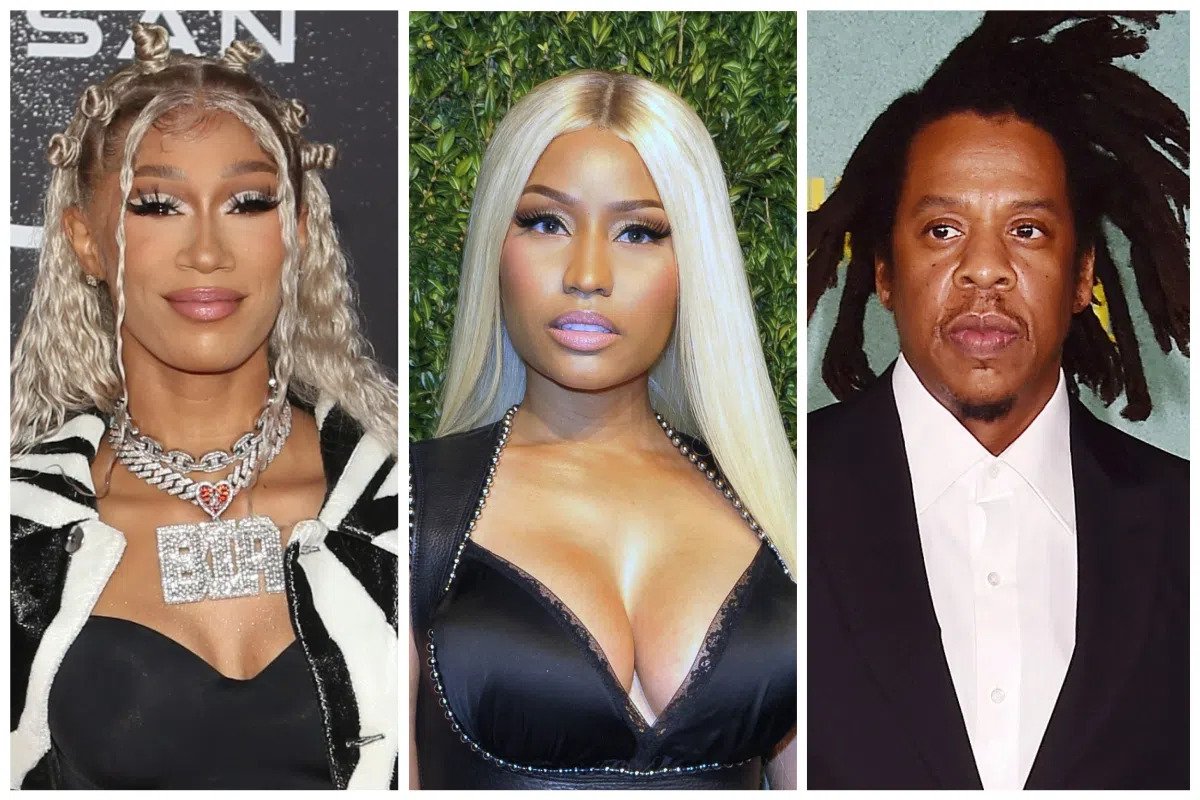 Um… perhaps Bia meant in terms of being a figure in hip hop who was able to make a name for themselves as a business mogul as well because other than that I’m going to go ahead and just say we have to be a bit more careful with these comparisons.

If there is one person that is going to go to bat for Nicki Minaj, apparently it is Bia. Though it was already a viral hit, it can definitely be said that with the help of Minaj and her dedicated legion of minions, Bia’s “Whole Lotta Money” received a remix that helped send the single into new heights. The pair have appeared on Livestream together and Bia has continuously sung Minja’s praises, including standing up for the rapper when her v*ccine tweets caused a global incident.

In a new interview with Billboard, the “Whole Lotta Money” femcee spoke about how she believes Nicki deserves the same amount of respect that JAY-Z gets. “I always say to people, when you speak of Nicki, you got to speak on her like how you speak on JAY-Z and the greats that laid out the foundation for the people that’s after them,” she said. “She broke amazing records and she’s made it easier for people like me to come through and do what we do. I’m always going to give her that credit and that respect because she helped me hit another milestone in my career.”

Of course, Bia’s statement was met with mixed reviews. Of course, Minaj’s fans were quick to agree with what’s was deemed ‘GOAT’ status ala that of JAY-Z, while others dismissed the opinion and Bia simply kissing up to Minaj and reaching a bit.

Now, despite her problematic personal takes, in regards to MUSIC…During the 2010s, Nicki released several hit albums including Pink Friday, Pink Friday: Roman Reloaded, The Pinkprint which all were certified platinum at least once. During that period of time, Minaj was notably one of the only female rappers receiving mainstream attention, however despite her success it’s hard to imagine giving her the same status we give a hip hop legend like JAY-Z, especially considering it doesn’t seem as though Minaj has that classic record just yet similar to the gems Hov has given us over the course of his career. It can also be argued that no matter what newcomers have come in the game or how much fresh competition came in, Jay is an MC who has never let anyone see him sweat and has always remained strong in terms of work, sales, and attitude towards the next crop of rappers.

What do you think of this? Do you think Bia was speaking facts on Minaj acheiving ‘Hov’ status or is that a bit of a reach?