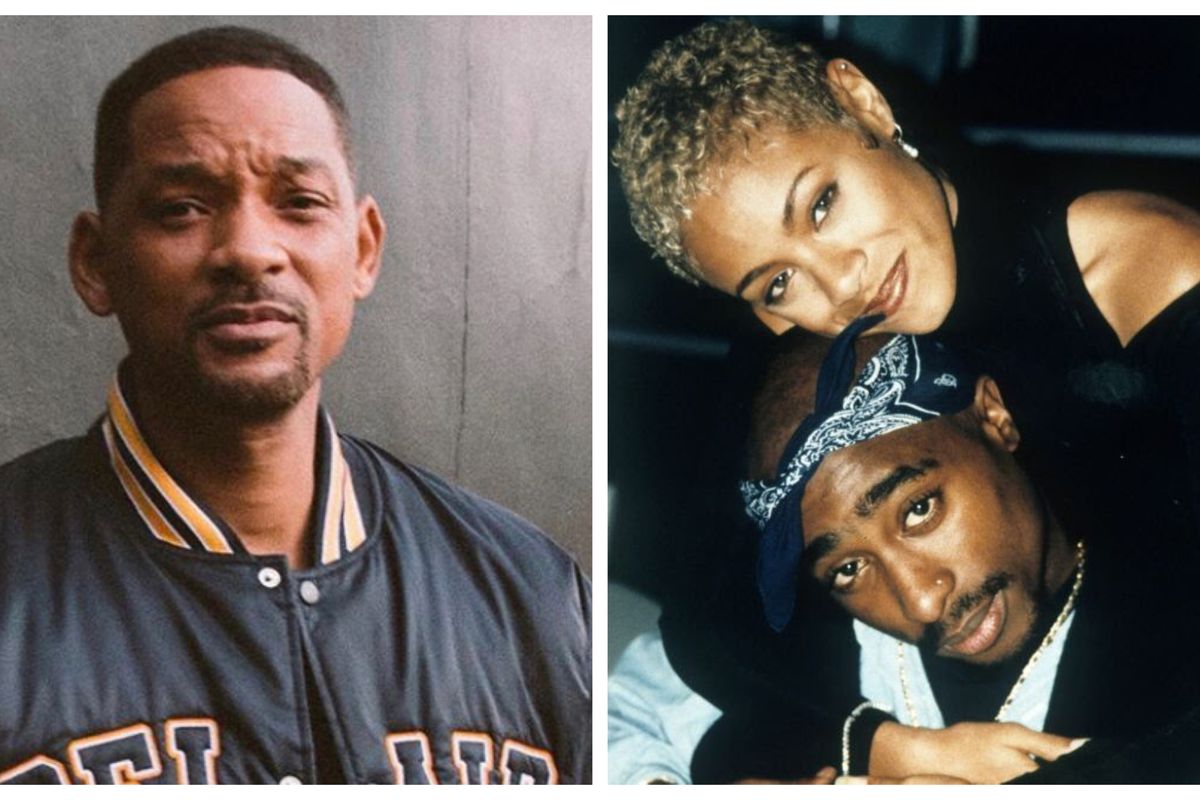 In honor of what would have been Tupac Shakur’s 50th birthday, Jada Pinkett-Smith decided to share one of his never-before-seen poems…but all the internet can seem to do is focus on teasing Will Smith over his wife’s unending ‘affection’ for the late rapper.

One of the most famous relationships in Hip-Hop history is Tupac Shakur’s friendship with Jada Pinkett-Smith. The actress’s loyalty to the late cultural icon was so strong that she reportedly turned down a role in the 1995 classic film Dead Presidents because of Pac’s beef with the movie’s directors. On many occasions, Jada has discussed how Tupac’s death continues to affect her, and in honor of what would have been his 50th birthday, Jada returned to social media to discuss her late friend once again.

Taking to Instagram to celebrate Tupac’s birthday, Jada shared a video that features a never-before-seen poem written by the late ‘All Eyez On Me’ rapper. “Tupac Amaru Shakur would have been 50 midnight tonight! As we prepare to celebrate his legacy … let’s remember him for that which we loved most … his way with words. Here are a few you may have never heard before…Happy “you goin’n to be 50 at midnight” Birthday Pac!… I got next.”

However, what was obviously shared as a sentimental tribute to a lost fried, the internet immediately started giving Jada’s husband Will the side eye making it a bit of a messy moment. “Will Smith is a multimillionaire still losing the affection of his wife to a man who died 25 years ago,” tweeted one fan. “Will Smith’s delivery every 2Pac birthday,” one tweeted, along with a truck labeled “PAIN.” Another added, “Will Smith just be minding his business then boom [Loudly crying face emoji] [Smiling face with open mouth and cold sweat emoji].” “They say nice guys always finish last. Will Smith should’ve stayed a Bad Boy for life.” “Will Smith having to endure 20 years of 2Pac’s birthday….” another one tweeted, along with the “Will Smith’s tired eyes from the ‘entanglement’ episode of Red Table Talk’ meme.

Not everyone trolled Will over Jada’s celebration of her friendship with Tupac. “[People] are so insecure and immature it’s crazy,” tweeted one fan in defense. “They are really tryna clown Will Smith?! How?! He is a solid king for allowing Jada room to love 2pac past this life and still loving her in this one. Love doesn’t just end bc a person dies [eyerolling emoji]. ppl so trash.”

One Twitter user shared a moment when, on an episode of The Breakfast Club, Charlamagne tha God asked Will if he was ever jealous about Jada’s connection to Tupac. “Oh, f-ck yeah,” said Will. “That was in the early days. That was in the early days. That was a big regret for me, too, because I could never open up to interact with Pac. Because we had a little bit of a thing…they grew up together, they loved each other, but never had a sexual relationship, but they had come into that age when that was a possibility, and Jada was then with me. Pac had a little thing on that, but she just loved him. He was the image of perfection, but she was with the fresh prince.”

Jada and Tupac — who was killed in a drive-by shooting in 1997 when he was 25 years old – met on the first day of high school in Baltimore, according to People Mag, and remained close until she walked away from the friendship when she felt his life was getting too dangerous. They were estranged at the time of their death, and she addressed this “complex relationship” in a 2019 episode of Red Table Talk. “We were an anchor for each other.”

Peep some of the internet’s savage reactions below. What do you think bout this? Is there really anything wrong with Jada showing love to her former love who has unfortunately passed on?

Will Smith is a multimillionaire still losing the affection of his wife to a man who died 25 years ago💔 https://t.co/nJzKi9p0at

Will Smith has been Jada's rebound for nearly 3 decades now. pic.twitter.com/vszSTJeZS9

Prayers for Jada Pinkett Smith today, its the love her life's birthday and she gotta look at her husband 🥺

What Jada is doing reminds me of when Ghost said "Tasha, have some sympathy, I just lost the love of my life!" 😭😭😭

Jada Pinkett is what happens when you go from loving a G to loving a man who can't measure up in masculinity.

Despite being dead for 25 years, Jada has never let Tupac go.

Will Smith has been second fiddle to a ghost.

Once you've had it. You can't easily replace it. https://t.co/XzNZtD5Xfm

Jada probably gets Will to sing happy birthday to Pac ❤️

Remember when Charlamagne asked Will Smith about Tupac and Jada? #2Pac pic.twitter.com/m8mI8KvcCa

So Jada must pretend that she never loved 2pac simply because she is with Will Smith now? The man took jada knowing very well that Pac was there 1st. pic.twitter.com/rVr250tfXK