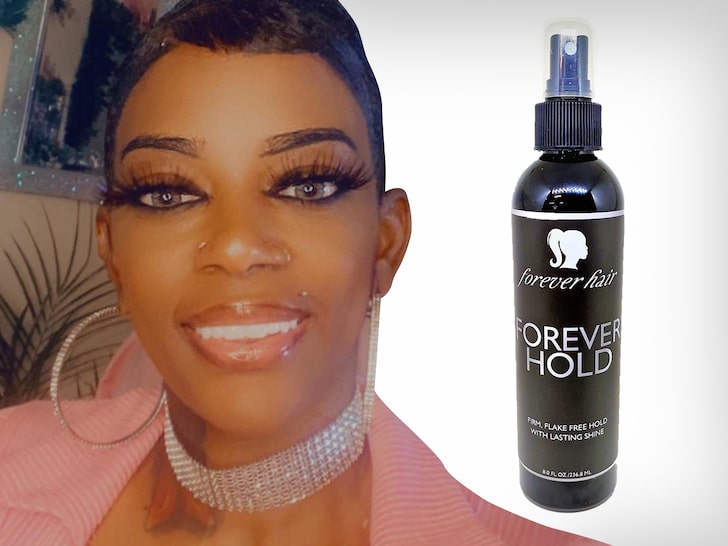 Well, I suppose regardless of how stupid and embarrassing the mistake that caused it is, you may as well capitalize on the notoriety after going viral.

Tessica Brown, the woman who infamously went viral back in February when her TikTok warning others against the consequences she faced after using Gorilla Glue as a substitute for Got2B spray — is now coming out with a haircare line according to reports.

As you’ll recall, Brown’s journey in order to save her scalp and hair had many people invested in her story. In short, after her hair had been glued to her scalp for over a month and a trip to the hospital proved unhelpful, the mother of six ended up flying to Los Angeles where Dr. Michael Obeng performed a 4-hour long procedure that was able to successfully remove the glue. Since then, Brown has consistently updated her hundreds of thousands of followers on her latest hairstyles and hair’s new growth.

Regarding her new line of products, TMZ shared that Brown told them “she wanted to create products for folks suffering from hair loss and damage, because she knows firsthand how that feels.” The outlet’s reporting additionally noted that the line would be launching today (Wednesday, June 16) under the moniker ‘Forever Hair.’

As per product photographs shared via the source, from what we know the line will include a Growth Stimulating Oil for $18, a Sleek Edge Control for $13, and a “Forever Hold [Spray]: Firm, Flake Free Hold With Lasting Shine” for $14.

TMZ noted that Brown said “she’s been working with haircare professionals to create a formula she says does wonders for hair” — and despite being inspired by her Gorilla Glue spray fiasco, that what sets her line apart from that incident is that fact that her products “will wash out safely without damaging hair, and without the need for medical intervention.”

As of now Brown also sells clothing and merchandise with her image on them and the logo “Bonded for Life.” Well, I guess we’re officially stuck with Tessica. Will you be buying this?