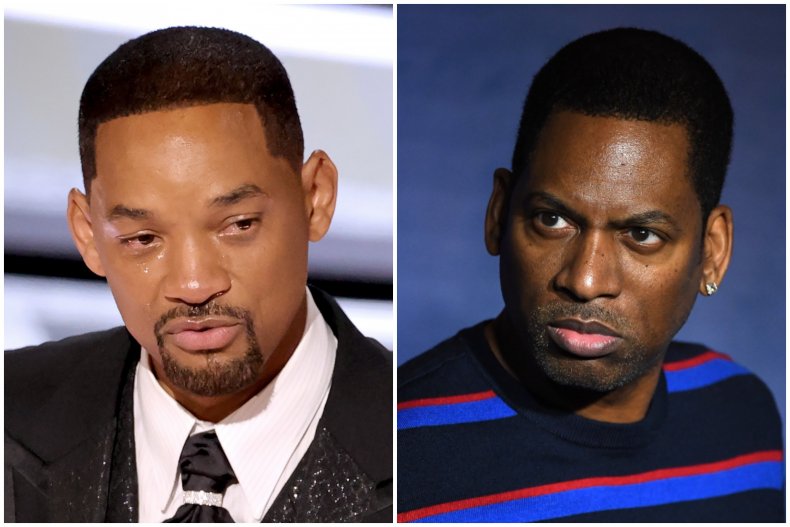 Apparently Tony also wants it to be known that there are several Rock brothers and they aren’t happy with Smith.

Just when you were probably hoping all this would cool down as head into another weekend… not so fast. Chris Rock was smacked across the face by Will Smith at the 94th Academy Awards last weekend and all week there have been twists, turns, and speculative reports about this incident. Yesterday (April 1), Smith formally resigned from the Academy following Rock addressing a Boston crowd at his recent comedy show.

Rock promised to detail his side of things at a later date, but for the time being, he wanted to crack some jokes and make people laugh. His comedian brother did the same, but Tony Rock was a bit more direct.

A clip of Tony’s recent comedy show was shared online and he didn’t hold back his words.

“‘Cause if you think you gon’ walk up on this stage this ain’t the motherf*ckin’ Oscars!” he told a screaming crowd. “And if you walk up here you ain’t nominated for nothing but these f**kin’ hands… I didn’t even want to start the show like that. You gon’ hit my f*ckin’ brother? ‘Cause your b*tch gave you a side eye?”

He then said there are “a lot of Rock brothers,” suggesting that he isn’t the only sibling who is upset. This follows Tony’s Q&A with fans on Twitter where he said that the issue will be addressed and handled in due time.

Check out a clip of Tony Rock’s show below and let us know what you think. Apparently all of this isn’t going to cool down anytime soon is it?

Oop! Roommates it looks like Chris Rock‘s brother, Tony Rock, had a few things to get off of his chest during a recent show!👀 pic.twitter.com/9yTIs45CpW