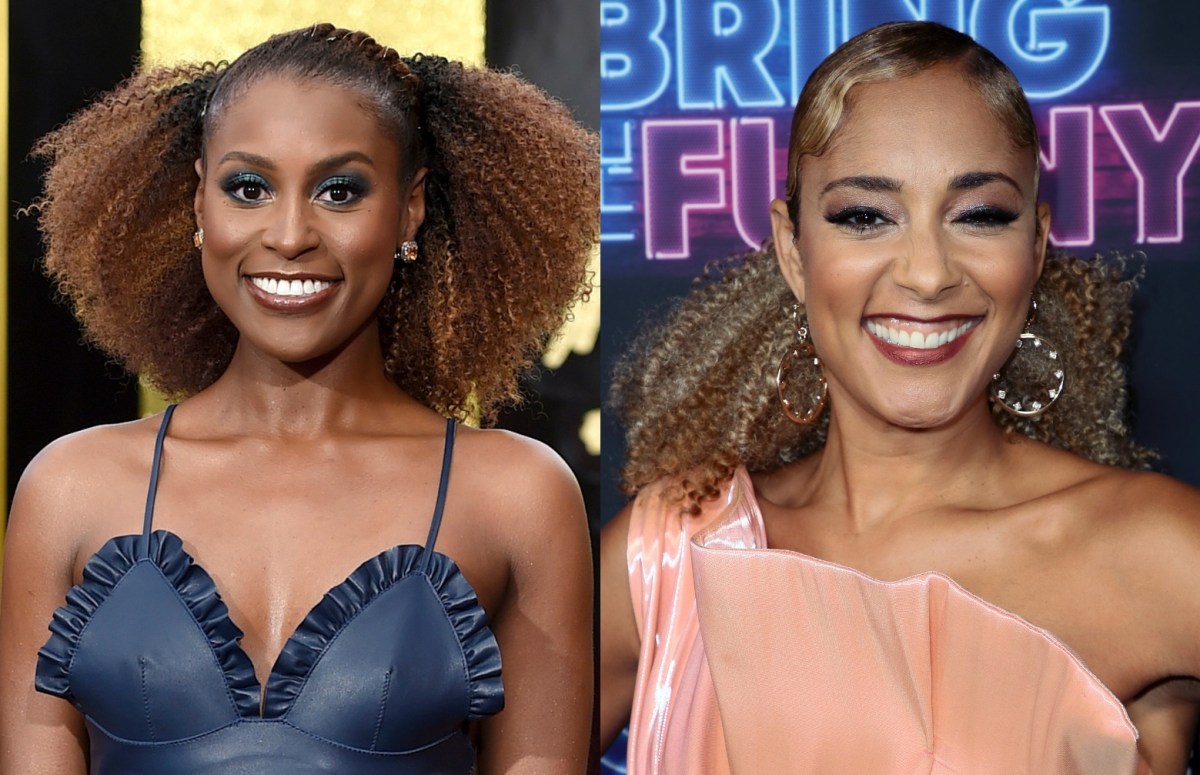 Chile, we can’t just anything these days. It’s like we can’t watch any of our favorite shows, movies, or listen to music without someone started an “I’m offended” movement afterwards. Seales’s character has long worn AKA colors, but for some reason, members have attacked the actress, calling her “disrespectful” in this confusing viral moment.

Unfortunately for fans,Insecure is in its final days. Issa Rae and Co. have been gearing up for the show’s send-off and while longtime viewers take to social media to debate scandalous characters and plot lines. However, one woman sparked controversy after she called out Amanda Seales. The comedian has starred on Insecure for years but on Monday (October 25), a social media user decided to target the actress for wearing Alpha Kappa Alpha colors.

The coveted pink and green organization is one of The Divine Nine historically Black sororities and fraternities. Anyone familiar with Greek life knows that they do not play games when it comes to their colors, letters, or misrepresentation of their organizations, and after a woman called out Seales, the actress became a trending topic.

Soon, other sorors were complaining that Seales was disrespecting their organization and demanding an explanation or apology, but they seemed to fail to acknowledge it wasn’t actually Seales, but her character Tiffany DuBois. Furthermore, the character of Tiffany throughout the show has represented the AKAs, so this current controversy has confused the majority of viewers.

Another woman tweeted Issa Rae and HBO, telling them to never disrespect the AKAs again. “Oh sh*t, let me tell @HBO to delete the one of the upcoming episodes then, hold on,” Issa replied. Meanwhile, Seales has been vehemently defending herself against critics as she points out the obvious and shares supportive messages from people who admit that they don’t like her, but they still have to stand for the truth.

Additionally, it has been well-established in the industry that in order for shows such as these to use licensed lettering or paraphernalia, they would have to receive written approval from the organization, and some are arguing that Issa Rae did just that. However, Cynthia D Howell, executive director for the sorority has sent out an email stating otherwise and conforming that she and the corporate office will be “handling the matter.”

Take a look at it all below. What do you think of all of this? Now, I’ve never pledged anything so it may be ignorant of me to tell me these people it’s “not that serious” so maybe you guys can help me understand. Is this a big deal if it’s a character representing respectfully?

Look… as far as #InsecureHBO goes I’m like this… wear my colors… alright… set owt a hop, I get it… but never under any circumstances should you wear the paraphernalia unless your name is in that database & you can… well… you just shouldn’t wear the stuff. Character or not

Not me waking up to Sorors upset that Amanda Seales was wearing AKA letters as a CHARACTER in a TV show 😩 I feel like we have bigger problems. Y’all didn’t have any issues when Molly was drinking from an AKA mug. Make it make sense…

Shouldn’t the disdain for Amanda Seales character wearing AKA nalia be directed toward Issa Rae and the producers and not Amanda? pic.twitter.com/wCft70nT3Y