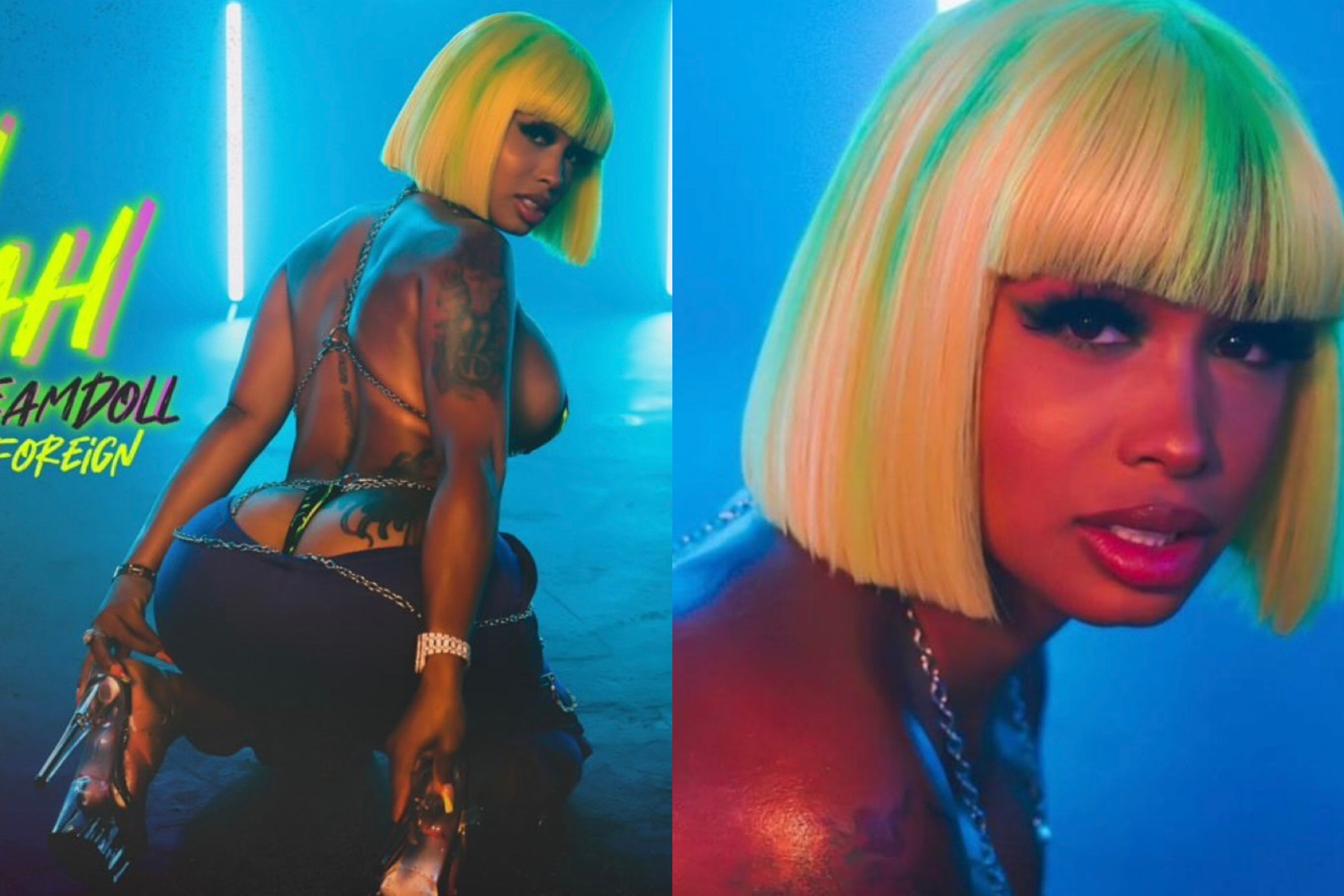 DreamDoll has been silencing haters all year flexing her musical growth, now, it seems she’s ready to silence them once and for all with her biggest track yet.

If you had to place a bet on which track from DreamDoll might be a smash hit, you probably would’ve gone with her original debut to the music scene, “Everything Nice”—which has 3.4 MILLION views on YouTube, helped create a whole new wave of folks using her catch phrase “Talk to me Nice,” and even featured on hit shows like FOX’s ‘Star (which always had great music). But apparently that was only the beginning for the Bronx femcee. With so much musical growth between then and now it’s Dream’s latest single “Ah Ah Ah” that seems tailor made to take over everywhere: in strip clubs, hookah bars, car radios, your office, your social feeds. Everywhere. ‘Ah Ah Ah’ definitely seems to be that girl.

The raw, trap, drill-inspired “Ah Ah Ah” sees DreamDoll pairing up with none other than Fellow New Yorker Fivio Foreign and the pair of rappers cooked up a banger which Foreign seems to have been the perfect feature for. “‘Ah Ah Ah’ puts DreamDoll forward as a leader of hip-hop’s new generation of raw feminine chart toppers,” reads a press release for the record. “It is with her effortless flow and unparalleled sense of rhythm that she pushes forward with not only a towering sense of beauty, but a source of inspiring talent destined for the forward ranks of rap’s future.”

“I got the hookah, who got the bottles, who got the ah ah ah,” she raps, not only clearly ready for a party, but also clearly ready for the charts as since it’s release last weekend, the track is already the highest charting record on iTunes Hip Hop charts by any female rapper, currently sitting in the Top 5. This one seems destined to be a summer smash.

Quotable Lyrics:
Y’all know, and my group chat lit
Like ah ah ah ain’t sh*t
‘Cause ah ah ah came quick
So, ah ah ah can’t hit
And I been that b*tch
When I hop in that whip
Don’t tell me you proud of me
You gotta Prada me