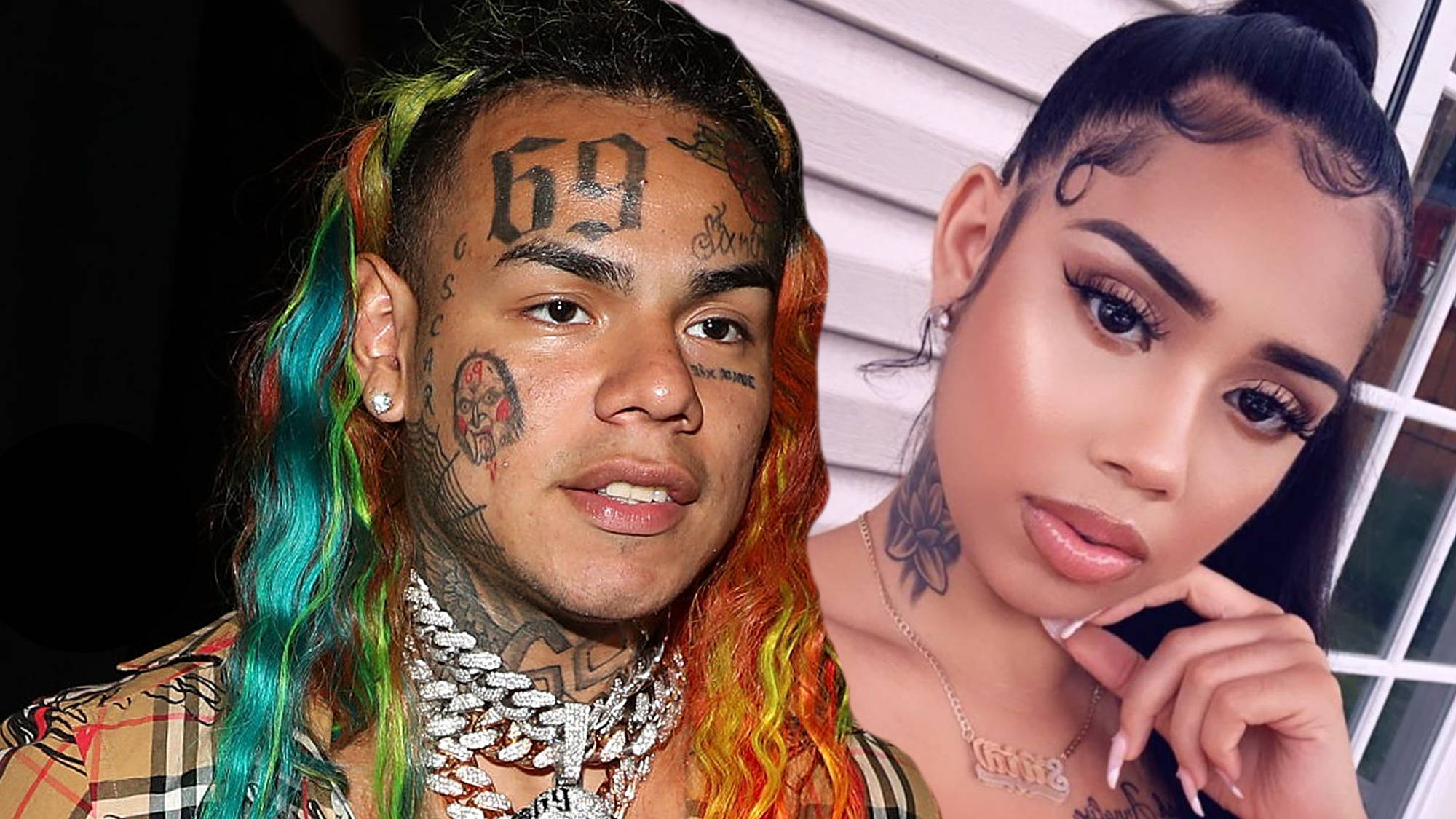 Tekashi 6ix9ine wants to see his daughter, asking the court to order a custody arrangement with Sara Molina.

Rainbow Brite also known as Tekashi 6ix9ine’s personal life is anything but rainbows and unicorns. He has left a trail of blood behind him from everybody he’s wronged, including the mother of his little girl.

69’s problems with Sara Molina are intense. They have spewed allegations back and forth for the last couple of years and, since his release from prison, Molina claims that the rapper has made zero effort to see his daughter Saraiyah.

The colorful rap artist explains that he has not gone to visit his daughter because it would be unsafe, which actually makes a lot of sense. Tekashi is wanted by a lot of people. However, he wants to find a work-around that would allow him to be in his baby’s life.

According to TMZ, 69’s lawyer Lance Lazzaro has said that his client is asking the court to order a custody arrangement with Sara Molina.

While Sara doesn’t seem opposed to letting him back into their lives, she wants him to move at her speed and let her control how often he can see the 4-year-old. 6ix9ine is more willing to get this done with his lawyers though, it would seem.

In other news pertaining to the star, 6ix9ine’s Instagram page was deactivated this week as his release from house arrest inches closer. His legal team feared that the rapper would give away vital information about where he’s staying, so they told him to sign off for the time being.