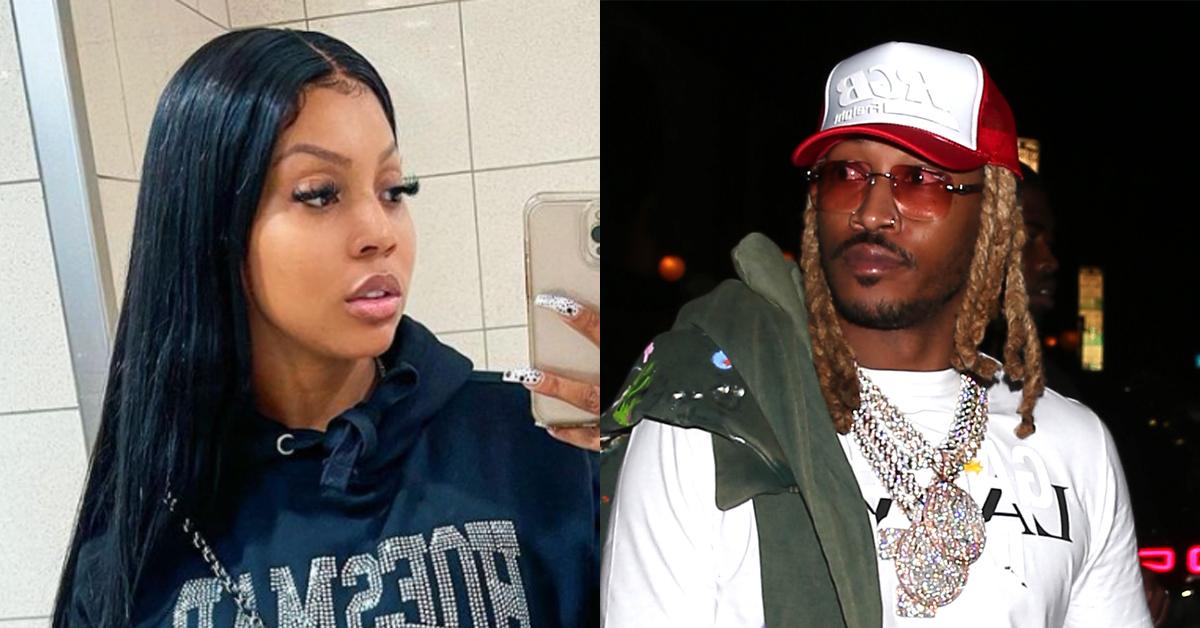 Perhaps Future should get some advice from Nick Cannon on how he managed to keep things pretty positive with his army of baby mamas.

It was a quiet toxic Tuesday evening for the ever fertile Future until Brittni Mealy, the mother of his young son Prince Wilburn, shared a few screenshots to Instagram. Brittni and Future have had a contentious past as their private arguments have played out for a global social media audience several times, and their recent spat wasn’t any different. Brittni shared what looked to be a text exchange between Future and Prince where the rapper allegedly told the boy, “Your mother is a hoe!” to which he offered a brief response, setting her off even further.

The exchange began with what looked to be Prince sending a crying emoji to Future, then the rapper responds, “Tell your mom.” The child responds, “Tell my mom what” and Future replies, “Buy u some clothes.” After Prince writes “Dad,” the rapper looks to reply, “Your mom is a hoe!” Although not all fans aren’t convinced that it was truly Future behind the messages. Brittni then shared another screenshot of the name-calling text and added, “Child Abuse” to another slide on her Story. Some people pointed out that she deleted the post that showed the phone number and changed the name to “Dad1.

Brittni addressed critics who accused her of lying for attention. “TF I GOT TO LIE FOR YOU SAID IT definitely your # and his SO STAND ON IT AND PIPE DOWN IF U DONT WANT THESE RECORDING POSTED!” she wrote on her Instagram Story.

“On GAWD YOU SAID IT THEY NEED TO CANCEL YOU. Cruelty to children! Haven’t seen him in 3 months but in the same State I can Keep Going!” Brittni added. “Got a refund on his school Clothes today! Petty cause someone Don’t wanna be sexually active with you and just want to co parent!!”

Future tweeted, “Pray for Her,” but his mother, Stephanie Jester, had a few more words for the rapper’s ex. “It’s sad when ppl can’t get their way so they turn to social media for attention,” wrote Jester. “No matter how much you give a person it’s never enough. We have to really pray for self-love because ppl take it out on everyone else.”

Brittni responded to Future’s mother on her Instagram Story, telling Jester to stay out of their business because Future is almost 40 years old with 11 or 12 kids by 11 or 12 different women. Brittni also accused Jester of saying Future was wrong when speaking behind the scenes but standing up for her son in public.

Check it all out below and let us know what you think of this mess. We’ll keep you all posted on the next episode of As the Ghetto Turns.