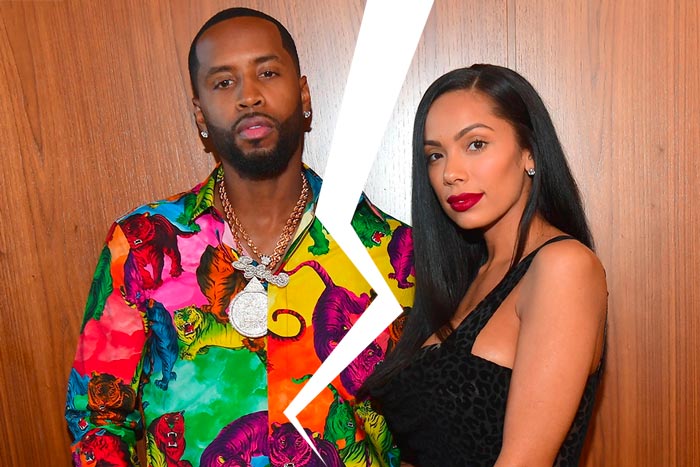 It may just be the fact that their issues are consistently expressed on a public scale, but I feel like Erica and Safaree have had more drama over the last few years then I’ve had in my entire adult life.

Infamous Love & Hip Hop couple, Safaree and Erica Mena, split after two years of marriage when Erica filed for divorce. Speculation suggested Erica’s decision was a result of Safaree being caught dancing with another woman on tape.

The couple shares one daughter, Safire, who is two. Despite Erica telling a fan on Instagram, “Absolutely never getting pregnant again, Lol it’s not easy doing it alone girl” after the birth of her daughter, she is now expecting a second child.

Due to the complicated and almost toxic nature of their relationship — including fake divorce stunts and public insults — Safaree feels he needs to take legal action to be able to witness the birth of his child, who is due in July.

TMZ obtained court documents where Safaree backed up his demands with claims that he needs to be there for the birth of his second child as he was for his first, noting that he wants to bond with his child in their first moments. Safaree wants the court to ensure his presence, in the case that Erica denies him.

Erica has already stated she plans to get primary custody, but Safaree is not having that. He rejected her claim and has stated he is willing to work to achieve joint custody of both of the children.

As far as the rest of the divorce, the couple will have to battle it out over who gets their recently purchased home, cars, and all other assets. Do you think Erica would be wrong to prevent the man from seeing the birth of his child?